Forbes: Chinese Crypto to Be Partly Blockchain-Based - to Be on the Safe Side

Facebook Twitter Telegram Copy URL
As the bull market continues, more BTC rivals appear, with Libra being the most controversial one and the ‘China Coin’ drawing the biggest attention 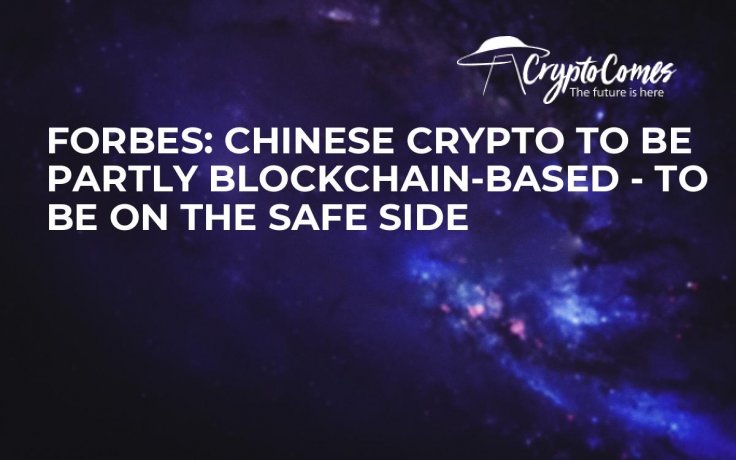 As we are moving deeper into the bull market, Bitcoin rivals keep springing to life here and there. Facebook’s Libra has already become the most controversial one and has caused protests from global regulators and banks to the degree that threatens to freeze the launch of the project for good.

The upcoming appearance of the second major Bitcoin peer has recently been announced by the Chinese central bank (the PBOC). The bank and top financial institutions have been working on so-called ‘China Coin’ for about five years, doing the necessary research and development.

In its recent article, Forbes is sharing new details about the sovereign digital coin which the PBOC says is almost ready for release.

The top official of the PBOC has stated that the ‘China Coin’ is nearly ready to launch. He did not mention the exact date of the launch. Potentially, this new coin can attract the vast Chinese population to the technology of crypto and make a true Bitcoin rival.

There is one nuance to it, though – it will not be a complete rival to Bitcoin, since Mu Changchun, the head of the PBOC payments department, said that the new crypto will be based on blockchain only partly. Otherwise, believes the banker, the China Coin will be unable to handle the huge volume of daily financial transactions within China.

Experts believe that the Chinese coin will be heavily centralized and if it is not totally-blockchain based, then, most likely, it can hardly be called ‘cryptocurrency’ but merely ‘electronic money’.

Changchun added that the coin would be emitted by the PBOC together with several financial institutions.

In late June, the Bank of China posted an infographic on Bitcoin, explaining what technology it is based on and why the price is rising.

Samson Mow from Blockstream posted it on Twitter, saying he had never expected such a thing to happen.

Yesterday the #BankofChina posted up an article about #Bitcoin. They explained how $BTC works, why the price is going up, and why it’s valuable. Never thought I’d see that happen. 😅 #Bullish pic.twitter.com/GKzj7XJjJa

👉 MUST READ Zcash Is to Be Delisted by Coinbase for UK Citizens, Exact Reasons Unknown 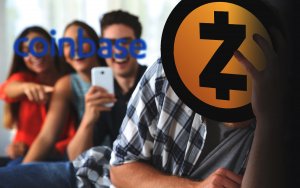 Walmart Coin on its way

A US giant supermarket chain Walmart has also filed a patent for a cryptocurrency similar to Facebook’s Libra.

Experts believe that the ‘Walmart Coin’ has much better chances to actually be launched and operate in masses than Libra. Unlike LBR, it does not intend to interfere with the current global financial system.