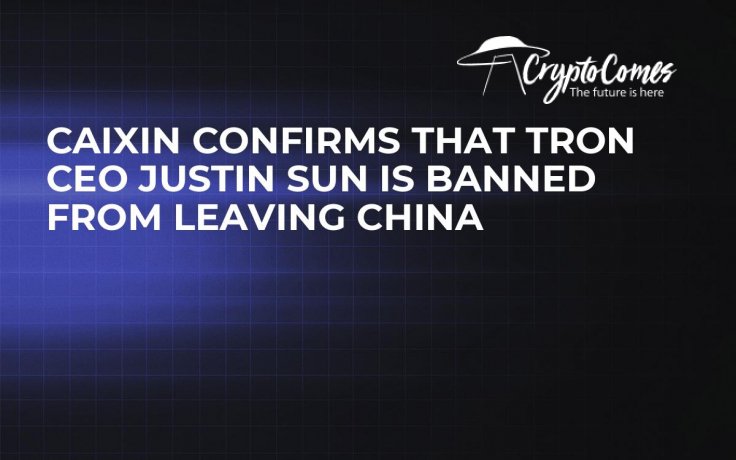 According to Caixin, a reputable Chinese business outlet, Tron founder Justin Sun has been prohibited to leave China since he’s currently involved in an ongoing investigation by the local authorities.

Hence, it appears that he lied to TRX investors about experiencing an unfortunate health condition (or it was just a cover-up for a much bigger black swan event).

The controversial CEO has been reportedly charged with money laundering and spreading illegal pornography by a local committee on internet safety.

Notably, there was no impetus to investigate Sun prior to his lunch with Warren Buffett.

As reported earlier by CryptoComes, Sun denied the allegations that were published in the outlet that broke the news earlier today, but Caixin and multiple other local media outlets corroborated that report.

Sun has recently doubled-down on his claims that the above-mentioned accusations are false in a new Weibo post without mentioning the exit ban.

Update: Justin Sun commented on Weibo saying he is "all safe", and Caixin's reports are "completely untrue". Sun promised to meet the outside world once his health condition recovers. However, there was no direct mention of the exit ban.

Although, Caixin and other sources claim that Sun is currently under border control, there is still no information about his current location.

It is possible that the Tron CEO is still in the US, but he came up with the kidney stones excuse to stay in hiding.