IOTA is a distributed ledger designed to record and execute transactions between machines in the Internet of Things (IoT) ecosystem. IOTA has a cryptocurrency called mIOTA. IOTA’s platform uses a Decentralized Acyclic Graph (DAG) instead of a blockchain used by other, similar systems. The non-profit foundation behind the platform has also inked agreements with prominent German companies, such as Bosch and Volkswagen, to extend its platform’s utility among connected devices. 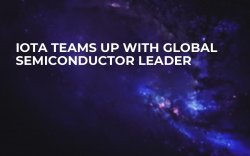 ✉ Got no time? Subscribe!
By pressing the "Subscribe button" you agree with our Privacy Policy
Please enter a valid e-mail
Successfully completed
🔥
Get the latest news, tips and good insights to your inbox
Close