This New IOTA Instrument Can Protect Any Digital Secret. What is Stronghold? 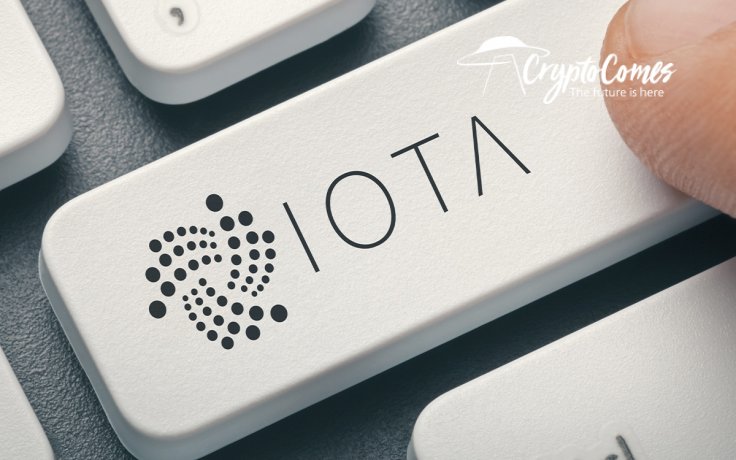 Developers at IOTA Foundation released an alpha version of Stronghold, an open-source cryptographic library. Initially, it was designed to protect IOTA Seeds, combinations of numbers required to access MIOTA wallets. Meanwhile, the new instrument can advance the level of security on many types of networks.

According to a detailed post by Daniel Thompson-Yvetot, a Senior Architect of IOTA's engineering team, the new IOTA software release—IOTA Stronghold—is a purpose-agnostic secure database. It ensures the privacy of any software "secret," e.g., a crypto wallet's private keys. 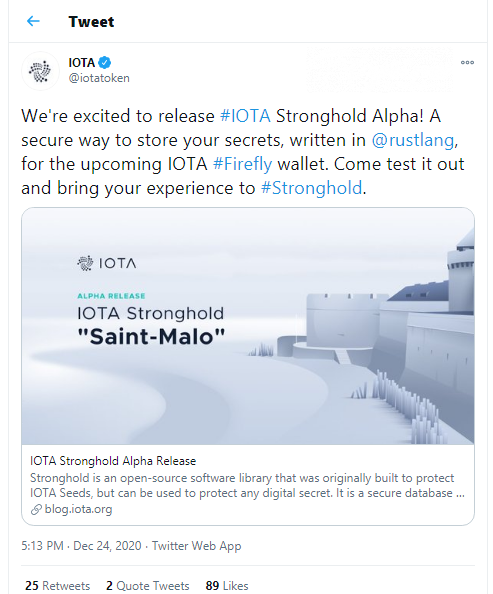 "Strongholds" are actually binary files that represent encrypted "snapshots." In all systems protected by Stronghold-based cryptography, the actors send these snapshots between each other instead of interacting with points of centralization.

Every unit of data integrated into and processed by Stronghold is stored in a specific location. Thus, the integrity and privacy of secrets are double-protected from being diclosed or leaked in decrypted form.

The new instrument is written in the Rust language. Since its alpha release is "stable," IOTA developers invite all tech-savvy enthisiasts to test it by running on their own machines.

But why is it better?

IOTA engineers indicate three main groups of advantages of Stronghold. First of all, it leverages the "encrypted-by-nature" approach. Other systmes may require users to apply cryptographic protection by themselves.

Then, the secrets protected by Stronghold are not revealed to external processes. While performing operations, no data leaves the system in decrypted form.

Finally, multiple "Strongholds" (encrypted data structures) can interact with each other in a peer-to-peer decentralized manner. This funcationality will be added in early 2021, the announcement says.