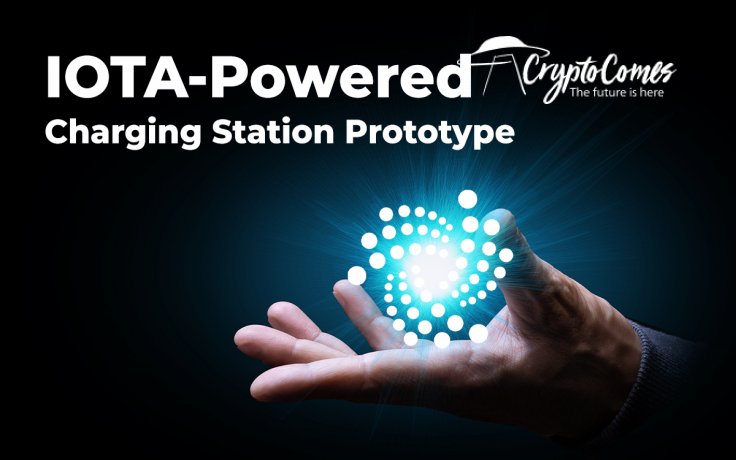 Pagi, a German-based startup tasked with building 'Internet-of-Things' devices, has released a prototype of its latest gadget. It is a low-cost charging station powered by the IOTA data transfer protocol.

In its recent tweet, the Pagi team shared a YouTube video displaying the work of Pagi Station. This small device sells the electricity through the system of IOTA-powered controllers. 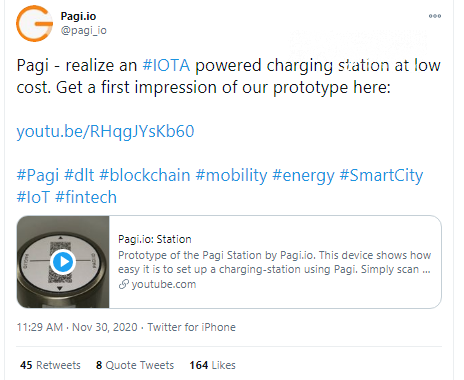 The new device supports NFC technology, so, to activate it, a user needs only his/her smartphone with a IOTA wallet installed. Also, a QR-code can be used to initiate a transaction.

Once the transaction is received by device, Pagi Station turns on and starts to charge all plugged mechanisms.

The whole concept is built on the 'Pay-Per-Use' principle facilitated by decentralized micropayments. With IOTA transactions integrated in 'Smart City' gadgets, Pagi allows monetizing every source of electricity, water, as well as many other types of devices.

A co-founder of IOTA Foundation, Dominik Schiener, has highly praised the results of Pagi development progress and congratulated the innovators on the accomplished milestone:

As covered by Cryptocomes previously, Pagi has an ambitious roadmap. It includes the releases of first IOTA-powered devices for daily usage in Q1, 2021. Systems of Pagi 'Pro' will be avaliable as early as in Q4, 2021. Those will harness IOTA protocol power for B2B integrations. 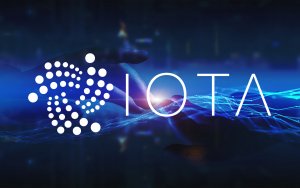 Besides that, the IOTA Foundation has held an 'Integrate Everything' hackathon focused on the real-world adoption of IOTA-powered microcontrollers.