WBTC—Bitcoin on Ethereum—Compared to Lightning Network by Crypto Expert Lark Davis. Which Solution Is Better? 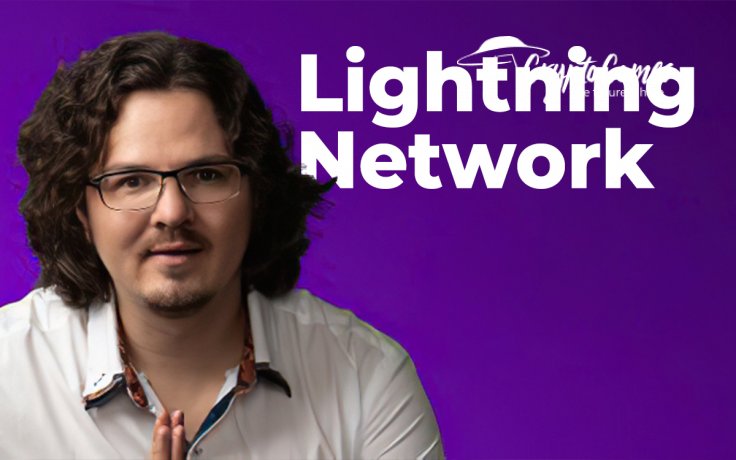 According to Mr. Davis, Lightning Network—the payment channel solution that allows for partial processing of transactional information off the main Bitcoin (BTC) blockchain—has failed in three ways, despite two years of development progress.

There is now about 40X more #Bitcoin on on #Ethereum than the Lightning Network. After more than 2 years in the wild Lightning has failed to integrate, innovate, and be adopted.

First, Lightning Network failed to integrate, Mr. Davis admitted. Then it failed to prove its innovative character. As a result, its adoption is mediocre.

These shortcomings made its usage negligible in comparison to Wrapped Bitcoin (WBTC) solutions. It is an Ethereum-based asset representing the value of one Bitcoin (BTC). Such assets are very useful in Ether-based decentralized applications (dApps), and in decentralized exchanges (DEXs) in particular.

As covered by CryptoComes, the adoption of Ether-based DEXs is encountering a real storm in Q3, 2020. The single decentralized exchange Uniswap generates more fees than the entire Bitcoin (BTC) network.

Erik Voorhees, CEO of Shapeshift self-custody cryptocurrencies exchange platform, questioned the possibility of such a comparison. He emphasized that Wrapped Bitcoin (BTC), which exists on Layer One of the Ethereum (ETH) mainnet, should not be compared to Lightning Network:

This is an interesting statistic, but the wrapped BTC in Ethereum is still subject to expensive tx fees (whereas on Lightning it’s not). Wrapped BTC on base layer Ethereum shouldn’t be compared to Lightning. Wrapped BTC on L2 ETH of some kind would be more appropriate.

Only tokenization of Bitcoins (BTC) within some second-layer solutions should be treated as a competitor to the Lightning Network. Also, Mr. Voorhees recalled that WBTC is subject to high transactional fees.

Mr. Davis admitted that he is not a big fan of WBTC himself. It should be noted that Ethereum L2 scalability solutions are also in the spotlight in the crypto segment.

As CryptoComes previously reported, the implementation of Plasma by OMG Network into Bitfinex Tether transactions triggered the incredible bullish run of OMG token.