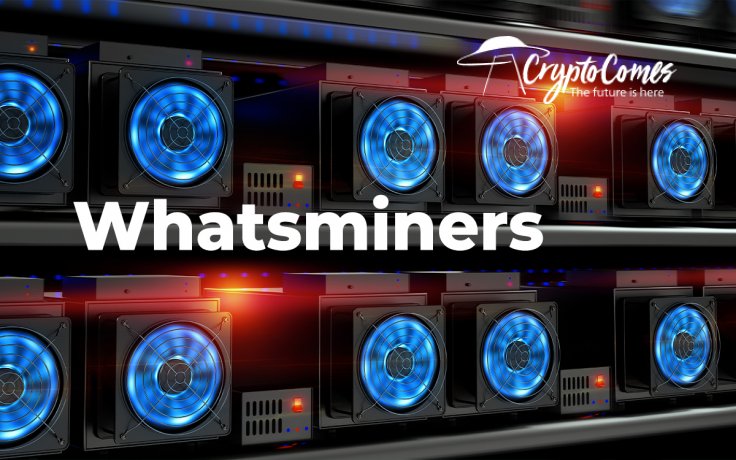 Famous Chinese cryptocurrencies observer Colin Wu has shared his insights on the next round of the savage rivalry between two giants of mining gear production, MicroBT and Bitmain. It looks like MicroBT is betting seriously on its energy efficiency ratio.

According to the detailed post shared by Mr. Wu on the Chinese social network WeChat (Weixin), a new generation of Whatsminer ASIC-powered Bitcoin (BTC) miners by the MicroBT producer will use 8nm chips by Samsung. The producers explained their decision by noting unsuccessful Samsung experiments with both 5nm and 7nm chips.

Exclusive: WhatsMiner will release the next-generation Bitcoin mining machine M50S at the end of the year. It will continue to use Samsung 8nm chips with an energy efficiency ratio of 30J/T. This may be the first time WhatsMiner surpasses Bitmain’s main mining machine S19 34.5J/T pic.twitter.com/bRZ3tJ2nln

The flagship series of Bitmain mining equipment, Antminer S19 and Antminer S19 Pro, has an energy efficiency ratio of 34.5 J/T, or 15% higher than much-anticipated computers by MicroBT. Another popular Bitmain product of the last generation, Antminer T19, has a 37.5 J/T ratio.

Mr. Wu reports that the R&D stage of M50S started in early 2020 and may continue until the end of this year. Thus, the initial sale date may follow in early 2021 with the first shipping scheduled for mid-2021. Also, MicroBT may release an upgraded version of Whatsminer M30S.

It should be noted that Bitmain is plagued by an internal conflict between the founders. According to the most up-to-date information, Jihan Wu has reestablished control at the Beijing office of the company. He reconsidered the supply chain if Bitcoin (BTC) miners brought company operations back to normal.

Previously, CryptoComes reported that Bitmain had to postpone all deliveries due to a savage internal conflict that evolved into a real "war between founders."

In August, Bitmain's own Bitcoin (BTC) mining entity, BTC Pool, registered a whopping increase in the hashrate share. At that moment, it was responsible for 21.33 petahashes per second, while its closest competitor F2Pool managed to disclose only 18.88 PH/s.