Justin Sun Invited Donald Trump To Their Lunch With Buffett

Facebook Twitter Telegram Copy URL
After Donald Trump's tweet criticizing Bitcoin and cryptocurrency, Justin Sun volunteered to fix it and invited him to their lunch with Buffett. 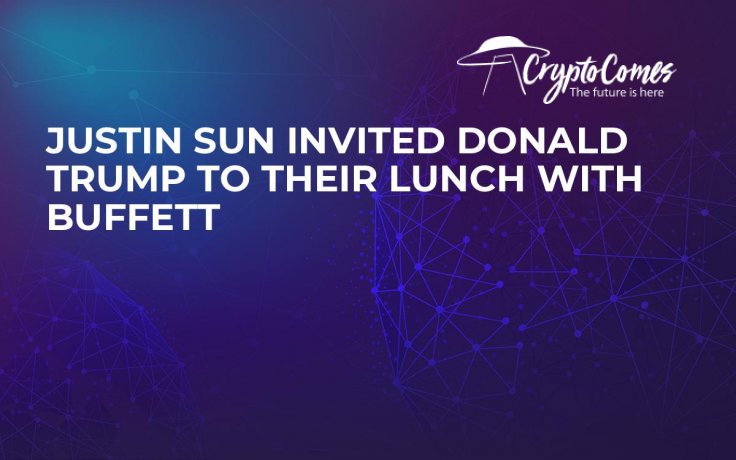 Before Trump's tweet about his attitude to Bitcoin and cryptocurrencies managed to scatter over the Internet, Justin Sun, one of the top marketers in the crypto industry, managed to take advantage of the situation.

Recall, that July 11 on the official page of US President Donald Trump appeared a tweet in which he calls Bitcoin and other cryptocurrencies “not money, and whose value is highly volatile and based on thin air”.

In addition, Trump credits the crypto with complicity in illegal activities.

One of the first to respond to the tweet was Tron CEO, Justin Sun, who recently bought the opportunity to dine with the legendary investor Warren Buffett. Their lunch is scheduled for July 25th.

Taking advantage of this, Sun invited Donald Trump to join their company. He says that the US president was “misled by fake news” about cryptocurrencies, and also promises that after this lunch Trump will know absolutely everything about crypto.

Mr. President, you are misled by fake news. #Bitcoin & #Blockchain happens to be the best chance for US! I'd love to invite you to have lunch with crypto leaders along with @WarrenBuffett on July 25. I guarantee you after this lunch, nobody will know crypto more than you! https://t.co/ZpRFEbninv

Official reaction from the president has not yet followed, although who knows what to expect from this outrageous person.