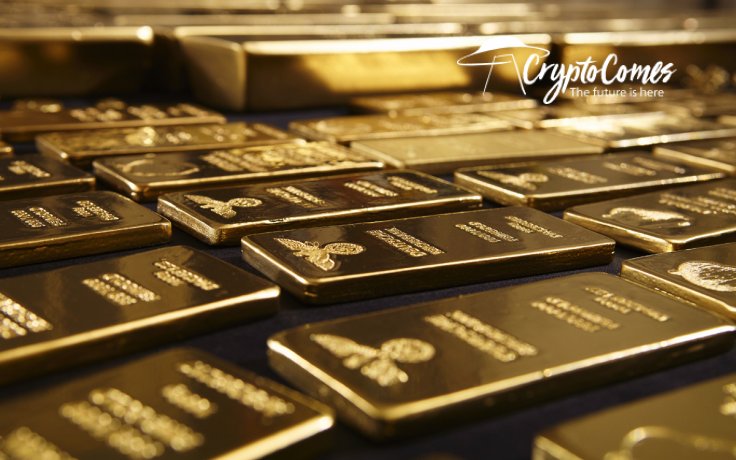 A renowned Bitcoin critic Peter Schiff is confident about the XAU price beating Bitcoin eventually that he has launched a Twitter poll to pick his followers’ votes.

Meanwhile, a top Dutch-based analyst elaborates that more institutional investors are turning towards crypto and Bitcoin.

The CEO of Euro Pacific Capital, Peter Schiff, a well-known gold advocate and a Bitcoin hater, has again tried to force his anti-BTC vision on to the community, saying that eventually the price of one gold ounce will be higher than what one single Bitcoin is worth.

Mr Schiff set up a Twitter poll with several time periods to choose from as to how soon one XAU ounce would become more expensive than one BTC.

However, he also added a ‘never gonna happen’ choice to it, which the majority (66.4 percent of respondents) has chosen so far. 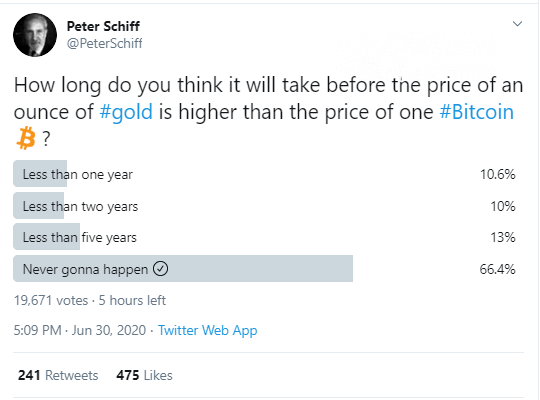 ‘More institutionals are showing signs of interest for crypto’

In his recent tweet, the Dutch-based full-time trader and analyst Michael van de Poppe pointed out that cryptocurrencies (and Bitcoin in particular) has been attracting more and more attention and interest from financial institutions.

The analyst also mentioned more retail investors stacking Sats, saying that currently it is about selling USD to get more BTC. 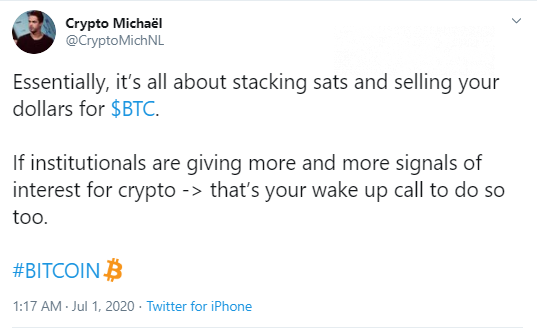 Image via @CryptoMichNL
👉 MUST READ Number of Bitcoin Transactions Hits New ATH Over Past 24 Hours, So Does Total BTC Transaction Size 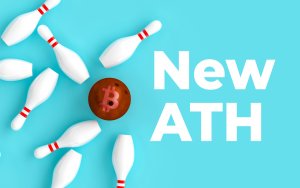 Mounia Rabhi, public rep of ICON, has compared blockchain and crypto these days to Tesla ten years ago.

Ms Rabhi tweeted that back then, the smartest money was betting on Tesla and now it is betting on DLT and crypto. 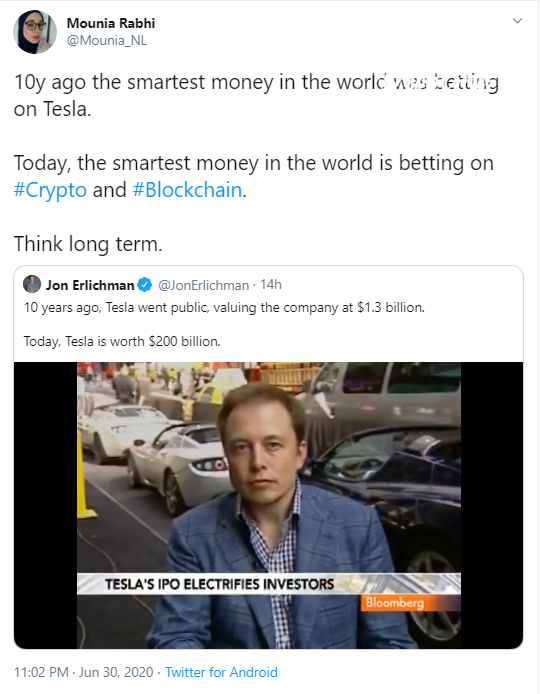