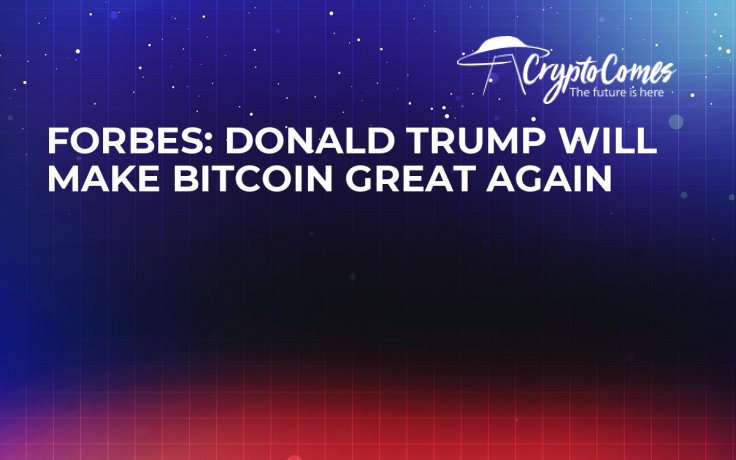 According to Forbes, there are at least 3 reasons why Donald Trump is the right president for Bitcoin price.

Despite the negative tweets of the US president on Bitcoin and cryptocurrencies, there are Trump's specific actions and statements that show the usefulness of Bitcoin as a hedging tool against the legacy financial system.

Not so long ago, Trump called for a dollar devaluation, as well as lower interest rates. Many experts have come to one conclusion — the US government will have to document its expenses because Congress continues to spend taxpayers' money with a huge appetite. Such events and easy monetary policy around the world will create ideal conditions for the transition of many investors to Bitcoin, in search of stability.

This idea was voiced by Trump during his election campaign. Its essence is to prohibit the commission of multiple remittances from individuals in the United States to their family abroad. So Trump tried to pressure Mexico. Even if this scenario is implemented, Bitcoin, as a decentralized cryptocurrency, solves this problem.

In 2019, this topic is particularly acute advertised by US officials. Some talking about a complete ban on end-to-end encryption. But to ban Bitcoin, as seen in practice, is almost impossible. In this regard, one economist even said that the best way for governments to destroy Bitcoin is to compete with a digital asset. In the meantime, Bitcoin remains the only option for true financial independence.