Bitcoin May See Harsh Regulations Soon Over Concerns to Do with Libra: Forbes

Facebook Twitter Telegram Copy URL
An accountancy company BTVK warns that the ‘wild west’ in the crypto market is about to end, suppressed by regulators in the near future 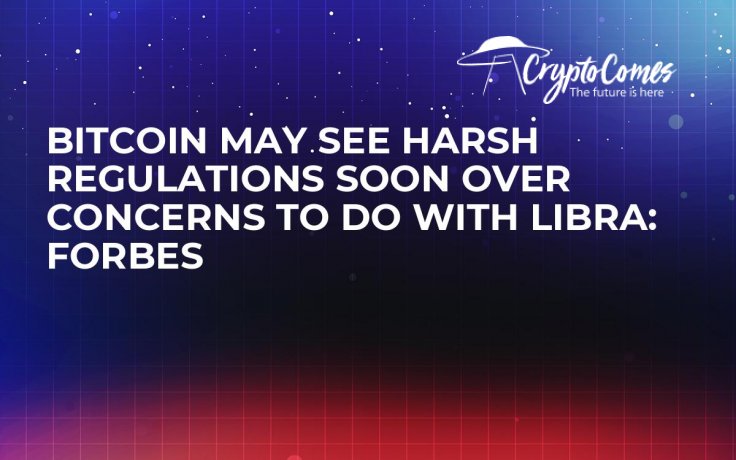 Bitcoin and crypto have been let ride free by governments for the recent ten years, rare attempts to protect market participants from dirty players were the only cases when regulators interfered with the industry.

However, after Facebook, famous for its previous scandals with private user data, has made public its plans to launch its own Libra Coin, regulators may finally proceed to much stricter measures, writes Forbes in its recent piece.

‘Crypto ‘wild west’ could be coming to an end

Alex Hodgson,a chief consultant at an accountancy company BTVK, writes Forbes, has warned that the situation with free and unregulated crypto markets may well end soon enough. The trigger to that was Facebook’s ambitions to enter the cryptocurrency market and start threatening central banks around the world.

Laws are in development as we speak. Facebook has well-publicized issues in the past, and in response to that [regulators] are going above and beyond.

As per him the ‘wild west period’ for the cryptosphere may finish in the near future, as lawmakers around the world have decided to take a serious and a tough approach towards this new industry which has remained pretty much unregulated.

Regulators see Libra as a threat

After the scandals Facebook has been involved in recently, trust of many users (and that of regulators most of all) to the social media giant has become much weaker.

Some in the crypto community assumed that Libra would be another ‘personal data grabber’ from users.

Regulators and lawmakers around the world seem to be of a similar opinion.

Donald Trump in a series of his recent tweets called Bitcoin and Libra in particular ‘unregulated crypto assets’.

However, numerous crypto experts and investors, such as Anthony Pompliano, believe that Facebook’s coin will attract a lot more institutional investors into the crypto industry and would ’legalize’ it for Wall Street.