Facebook Twitter Telegram Copy URL
Reducing interest rates is a dangerous macro-economic policy that can lead to the creation of a bubble. Will Bitcoin come to the rescue? 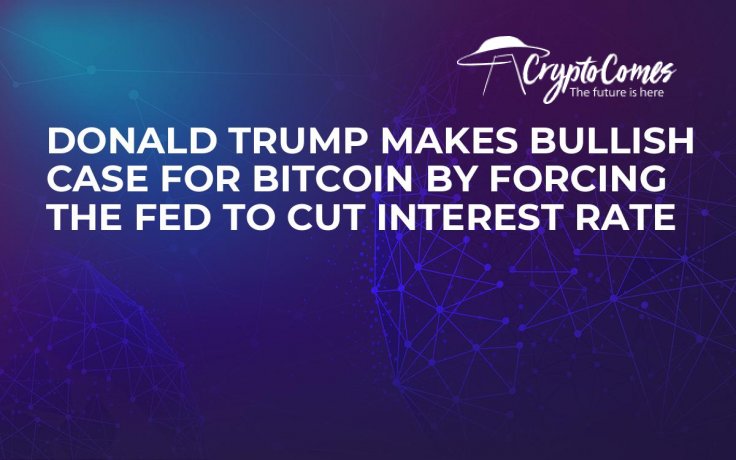 US President Donald Trump recently amplified his pressure on the US Federal Reserve by demanding lower interest rates, which is bullish for Bitcoin.

Trump’s tweet comes just a week before Chairman Jerome Powell is expected to cut rates for the first time in more than a decade.

By taking a tough stance again the Fed, the POTUS wants to weaken the US Dollar to be on the same page with the European Union and China. According to Trump, other countries are manipulating their currencies to gain a competitive edge over the US.

According to the Wall Street Journal, the central bank will cave in to Trump and lower interest rates for by a quarter-percentage point after its policy meeting that is slated for July 30-31. That would be the first cut in a decade.

The US market has already factored in the upcoming policy change, so a U-turn could deliver a major blow.

Even though Trump explicitly states that he’s not a fan of Bitcoin, urging rate cuts might do wonders for the crypto king.

Trump is bullying the Fed to cut now.

He doesn't have to like Bitcoin, but Bitcoin holders do have to like how the macro picture is coming together. https://t.co/pwlO3qbkkb

Money printing is a stark reminder that Bitcoin is an incredibly scarce asset, whose maximum circulation supply is fixed at 21 mln BTC.

Buying bitcoin means buying your lifeboat in a sea of inflation. 🚣‍♂️