BTC, ETH, XRP Price Analysis — Bitcoin is on The Way to $11,000. Altcoins are Updating their Support Levels 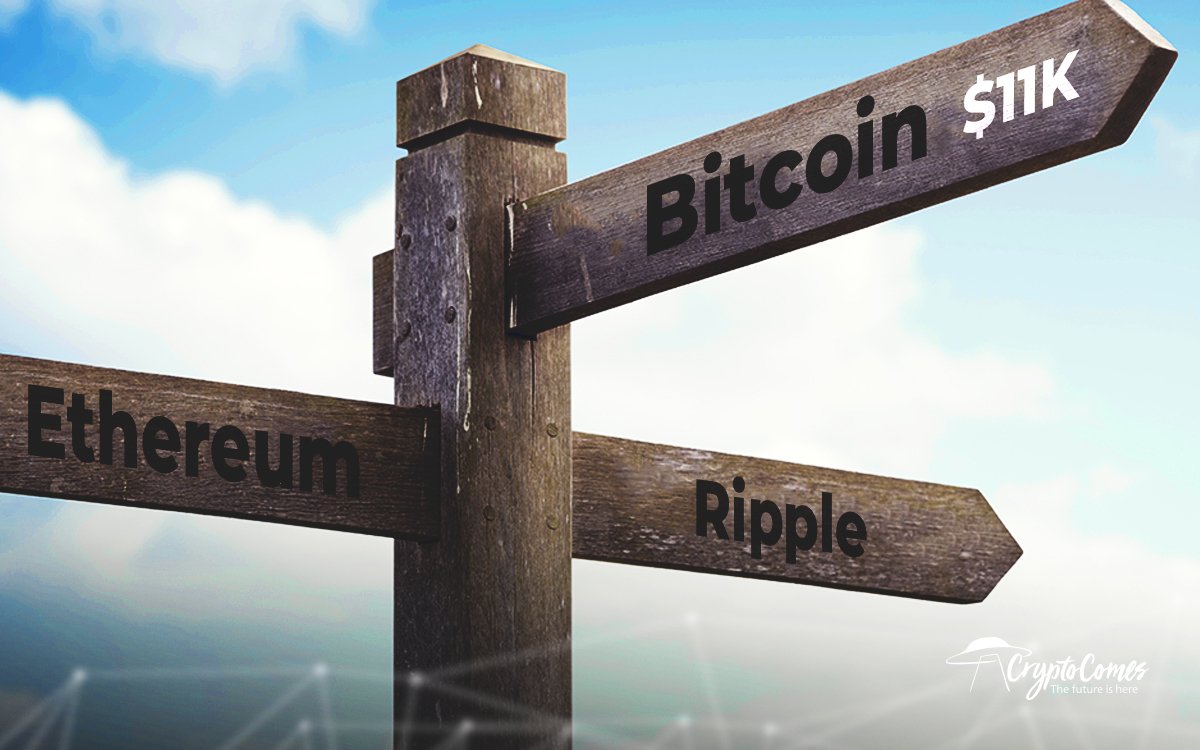 The cryptocurrency market has entered a downtrend movement after a week dominated by bulls. Respectively, all top assets are facing a deep correction.

The biggest ’gainer’ is Binance Coin (BNB), whose rate has dropped by only 5.81% over the night, while EOS is losing more than 20% of its price. Thus, the market dump has affected on total market capitalization which has reduced by around $40 Bln. 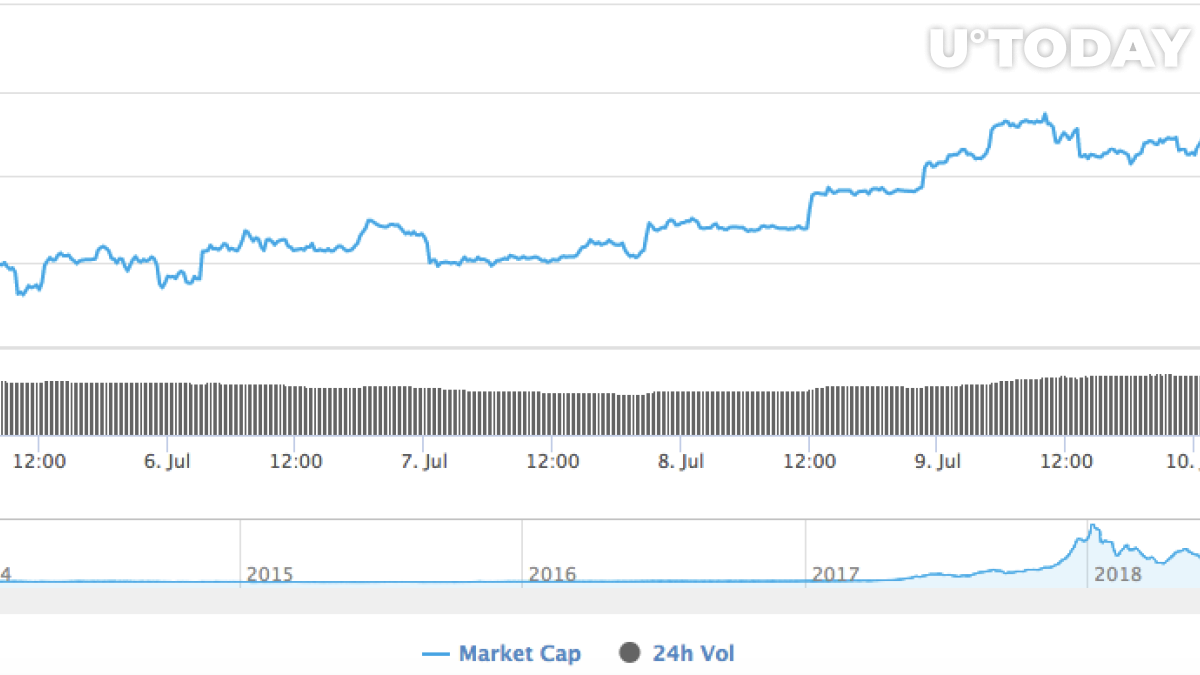 Today’s decline have fixation of gained positions, which has also influenced BTC’s dominance rate, keeping at its high levels. It means that traders are not switching to altcoins.

After the touching $13,000 on some exchanges, the rate of Bitcoin has sharply gone down, having lost around 15% over the less than 24 hours. However,  nothing critical happened - the leading cryptocurrency came back to the level, what we saw three days ago. 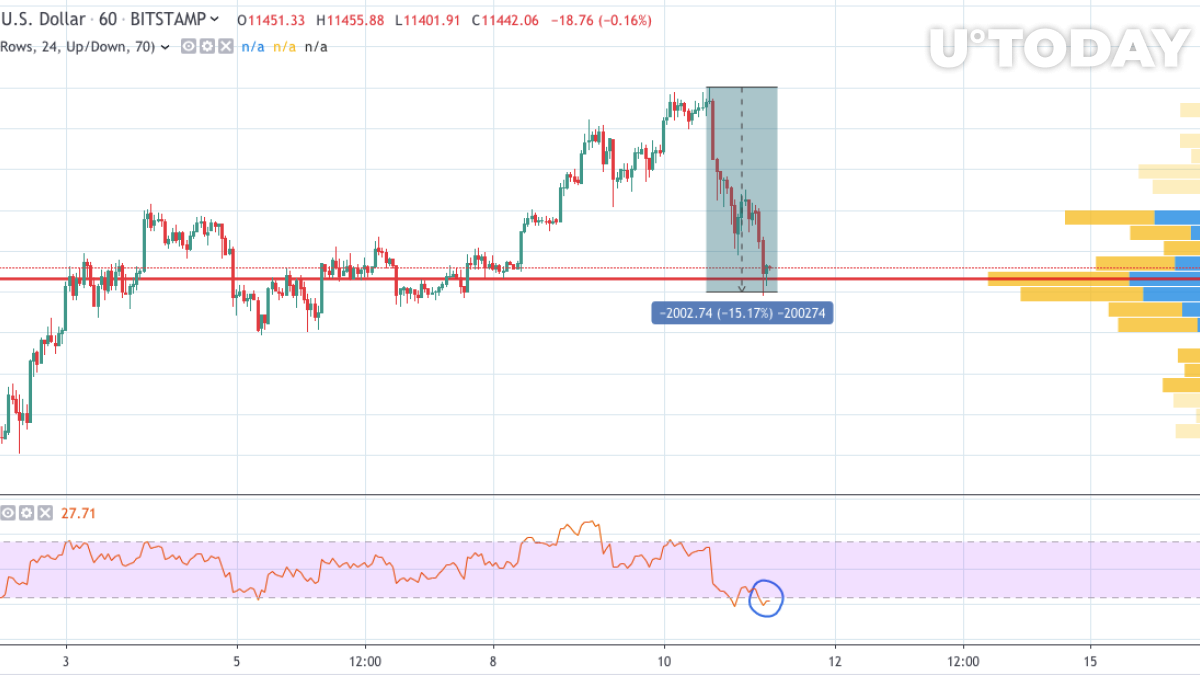 On the hourly chart, Bitcoin is struggling a bounceback after new levels have been reached. The current price can be considered a dump, rather than the upcoming of bearish tendencies. Moreover, this correction is needed for the confirmation of a prolonged bullish trend. In addition, the RSI indicator is about to break the oversold zone, suggesting a nearest reversal.

Ethereum is trying to keep up with Bitcoin. However, ETH rate is declining faster. Currently, one of the top altcoins is losing 12% compared to its yesterday level. 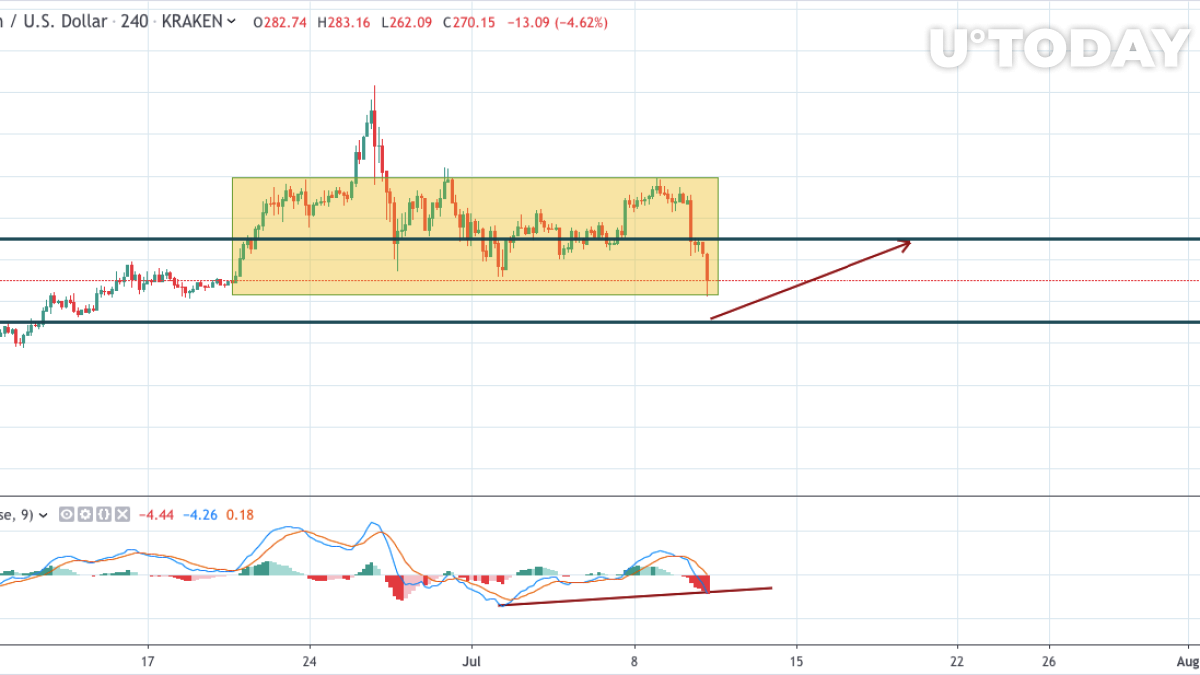 Even though the price of Ethereum has gone deeper than of Bitcoin, nothing as changed in the long-term scenario. The asset remains dominated by bulls until $250 is broken, and the MACD pattern confirms it. In this regard, we are likely to expect a bounce back from the current levels to the nearest resistance at $290.

At the time of writing the price of ETH is trading at the level near $270.

Ripple can be considered as the biggest loser out of the top 3. XRP rate has dropped more than 15% over the previous day. 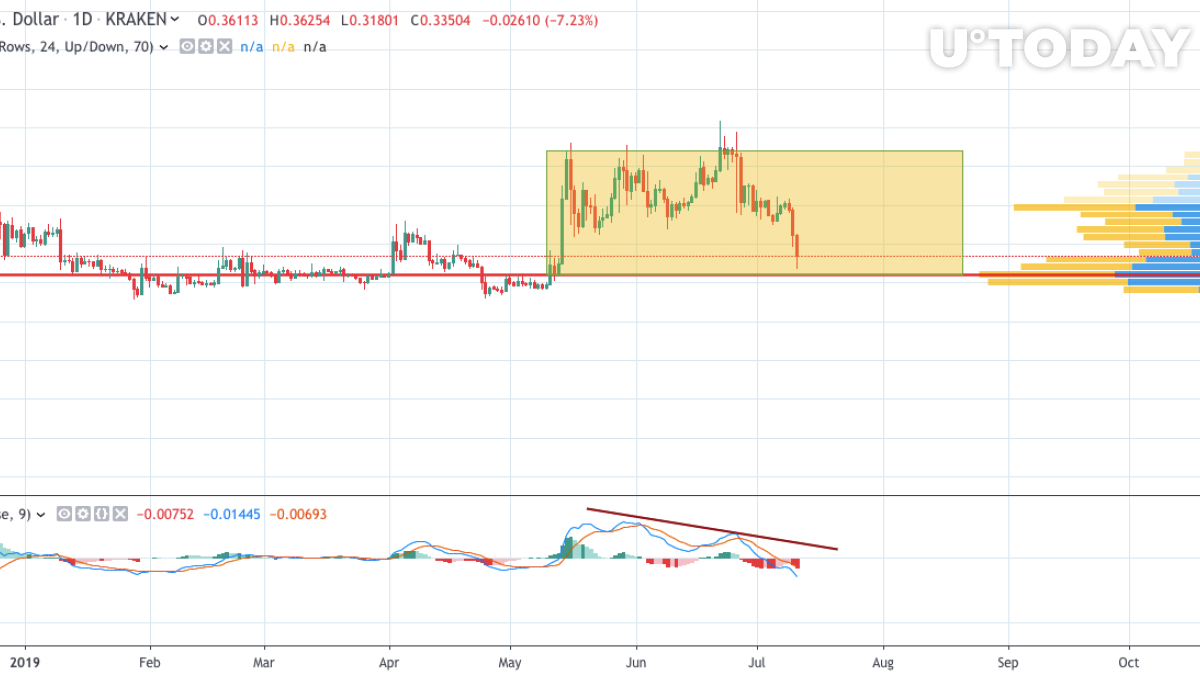 If the current market dump is a pause before a run for Bitcoin and Ethereum, the situation is much worse for Ripple. According to the chart, the rate rolled back to the levels of the mid-May, having confirmed the absence of a potential bullish trend, which is also backed up by the bearish MACD indicator. In terms of the price prediction, XRP is likely to locate in the yellow corridor, fluctuating between $0.31 and $0.47. 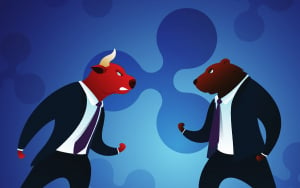