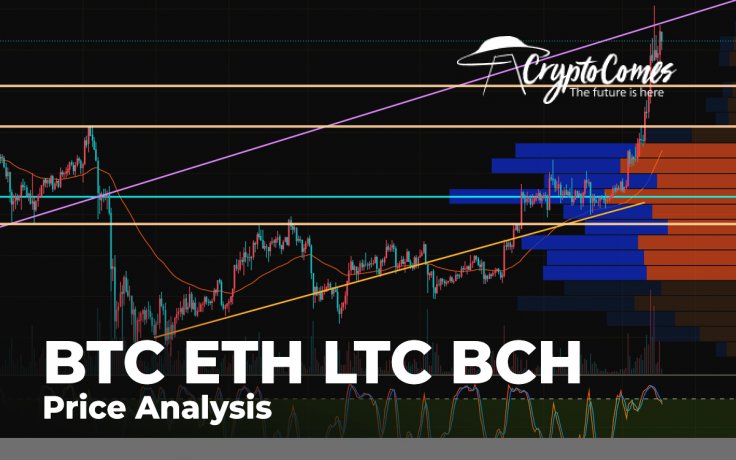 Bulls are not giving up any chances for bears to seize the initiative. However, if yesterday, Bitcoin (BTC) was the fastest growing coin, today, the situation has changed. Most of the altcoins are rising faster than the chief crypto. 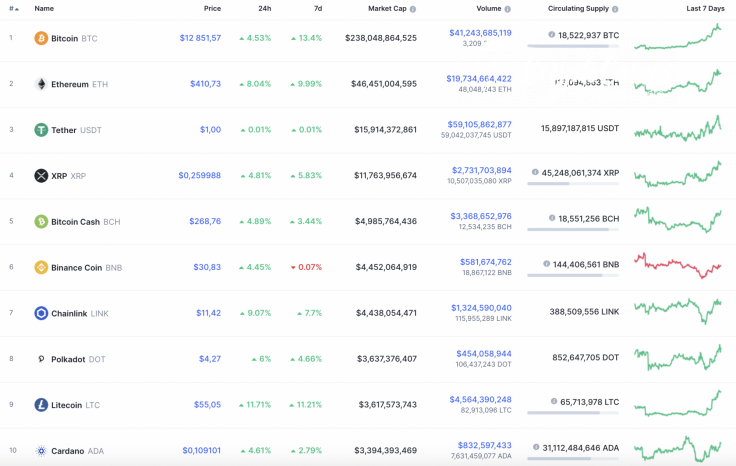 Yesterday morning, the maximum of around $12,300 was set on medium volumes. In the second half of the day, after a small pullback, the growth continued, and the bulls increased significantly in volume. An explosion in volume broke through the annual high of $12,473, which was set in August. By the end of the day, buyers renewed its value around $12,900. 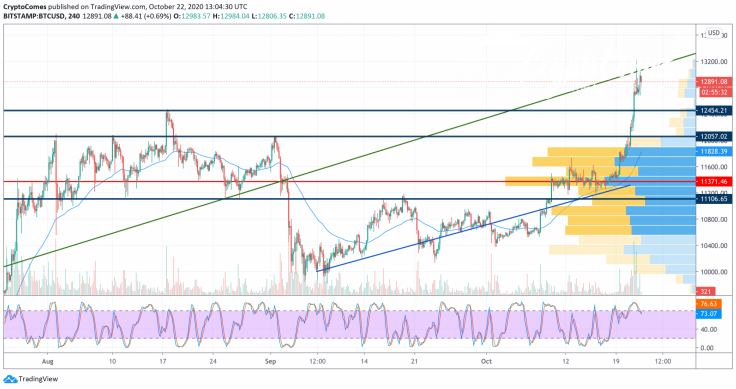 The bulls continued their race tonight, setting an annual record for the Bitcoin (BTC) price at $13,235. In the morning, the volume of purchases began to decline rapidly, and the price returned to the area of ​​yesterday's high. From the technical point of view, further growth is only possible after consolidation above $13,000.

Lost for a while, the direct correlation between Ethereum (ETH) and Bitcoin (BTC) recovered yesterday. The price of ETH supported the growth of the flagship cryptocurrency and, with great difficulty, overcame the resistance of $380. In the afternoon, the growth was more dynamic. By evening, the bulls were able to test the psychological level of $400. 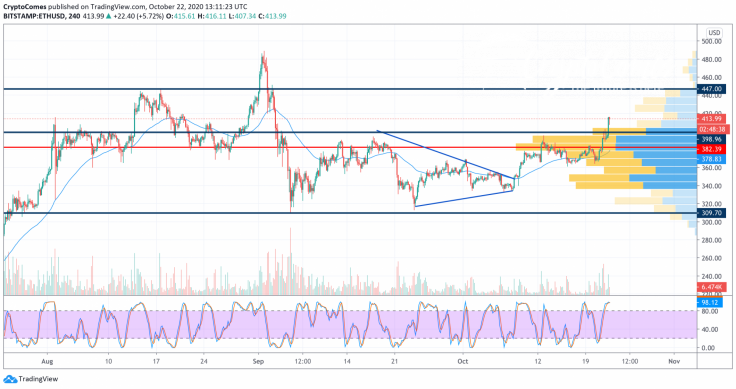 Tonight, the price of the main altcoin renewed its October maximum at $402, but the pair failed to gain a foothold above the psychological mark of $400.

👉 MUST READ BTC, ETH, and XRP Price Analysis for October 18 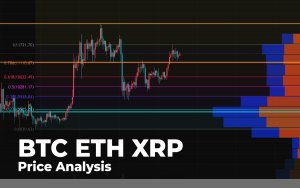 In the morning, the price rolled back to the $395 area, but there is no reliable support in this area. Essentially, the closest support level could be the POC line ($384.40), but whether it will be able to stop the rollback is still unclear. If buyers find support in the area of ​​the point of control (PoC) indicator line, then the growth may continue to the trend line, around $420.

Litecoin (LTC) is the biggest gainer today. The rate of the "digital silver" has rocketed by 11.47 percent over the previous 24 hours. 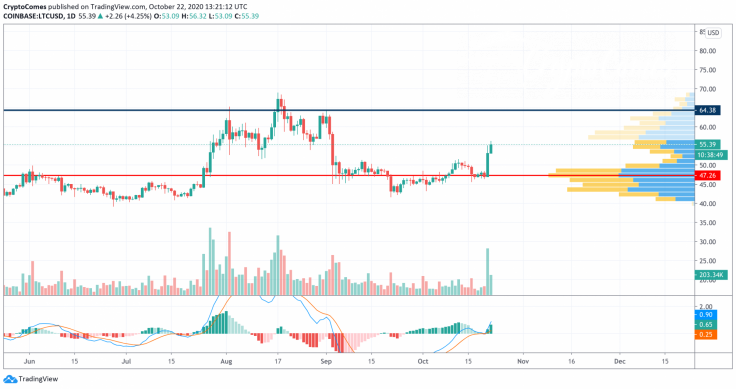 Despite the ongoing growth, Litecoin (LTC) still has rise potential. The bullish trend is confirmed by the MACD indicator—located in the green zone—and the increasing buying trading volume. If the altcoin manages to fix above $50, resistance at $64 may be attained within the next few weeks.

Bitcoin Cash (BCH) is not an exception to the rule as the rate of the BTC fork has risen by almost 5% since yesterday. 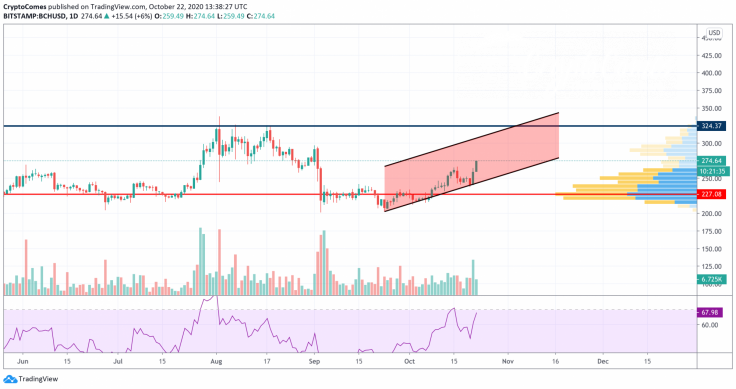 On the daily chart, Bitcoin Cash (BCH) is trading similarly to Litecoin (LTC). The rising channel, as well as the high trading volume, support an ongoing price rise. What's more, the RSI indicator has not reached the oversold zone yet, which means a further price rise is possible. In the mid-term perspective, the price of Bitcoin Cash (BCH) may get to the resistance at $324.