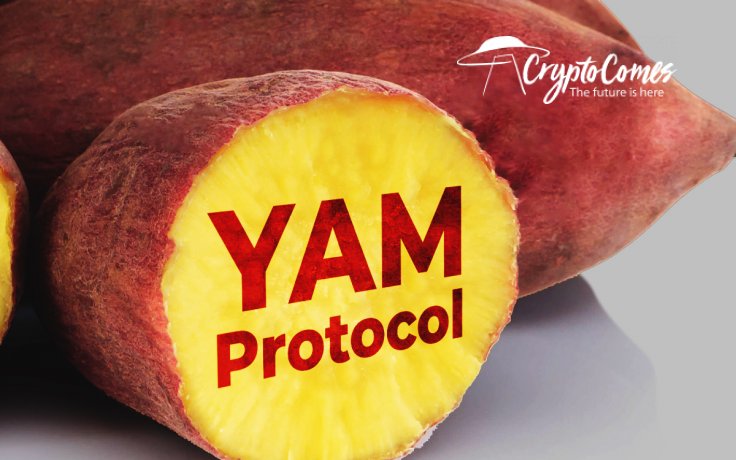 The team at YAM Protocol, a decentralized financial instrument (DeFi), has released a detailed explanation as to how the transition to its third iteration will be performed.

Interim governance period has come to an end

YAM Protocol V2, the interim governance stage launched to guarantee a secure and natural transition to the new YAM mainnet, has accomplished its mission. According to the official announcement by the YAM Protocol team, YAMV3 will go live very soon.

The YAMv2 interim governance period has ended, and all future proposals will need to be ratified on-chain following the launch of YAMv3.

For information regarding the YAMv3 launch, migration, rewards, incentives, and audit, please see below: https://t.co/wTX1zi1X4w

As the interim period ended on Aug. 31 at 11:59 p.m. UTC, all successful proposals will be implemented in the next version of the protocol. During the interim period, minor changes were made in protocol design, e.g., in voting and synchronization instruments.

The initial supply of YAM tokens in YAMV3 will be 5,000,000. The team decided not to set the deadline for migration between the second and third stages of the protocol and token. One YAMv3 token will be equal to one YAMv3 token, a 1:1 ratio.

Approximately $925,000 will be sent to the YAMv3/yUSD Uniswap liquidity pool. A total of $92,500 will be spent during the first week, decreasing 10% with each consecutive week. One percent of all YAM treasury inflows will be redirected to Gitcoin grants, the public crowdfunding initiative tasked with the support of Ethereum-based early-stage products.

Return of the king

According to the team, the security audit of YAM Protocol will be organized by leading vendor Peckshield Inc. in the first few days of September 2020:

The audit will be performed by Peckshield Inc. and begin the week of 8/31. The 3.5 person-week audit is expected to be completed in the next few weeks.

YAM Protocol made a splash in the global crypto community three weeks ago. Its "yield farming" strategies were so profitable that the YAM price skyrocketed in a matter of hours. A huge debate arose among top-tier blockchain entrepreneurs. BitMEX CEO Arthur Hayes explicitly welcomed the protocol, while Shapeshift's Erik Voorhees called it "pump and dump nonsense."

However, one day after being spotlighted, YAM Protocol halted operations due to a design flaw in its funding contract. Top-level Ethereum (ETH) security experts disclosed that it is a critical flaw and YAM operations would not return.

The YAM price immediately collapsed by 99.99%. In a postmortem, the product team announced the launch of the next iteration of the protocol with a proper audit. The migration to the interim YAMV2 was finished on Aug. 24.