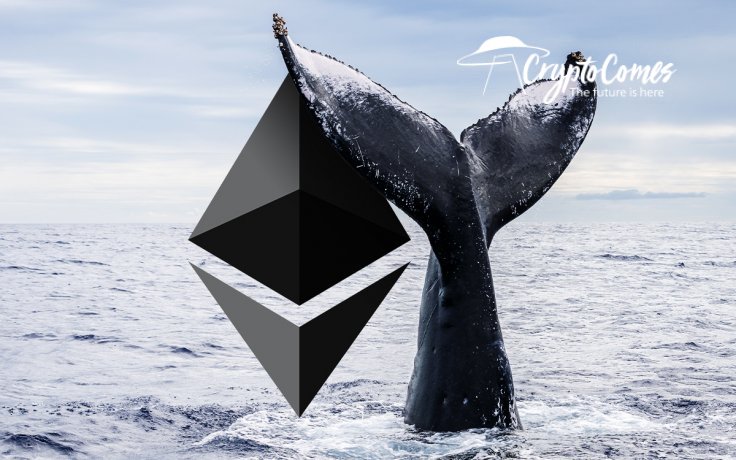 Researchers from the Santiment team tasked with on-chain tracking of important processes in 900+ cryptocurrencies have shared news of a colossal address in the Ethereum (ETH) network. It holds 7.27 mln Ethers, which is equal to 6.49 percent of the entire circulating (released) supply of Ethereum (ETH).

7.27 mln Ethers have been accumulated?

According to Santiment, the richest address on the Ethereum (ETH) network is now responsible for 7,270,000 Ethers. This level is a 50-month high for non-exchange addresses. The second blockchain has not witnessed such massive accumulation since Q3, 2016.

🐳 The top non-exchange #Ethereum address now holds a 50-month high in tokens at 7.27M. Not since July 19, 2016 has this amount of $ETH been held in any non-exchange address. This also resembles the highest held in ANY address since September 10, 2016. 😮 https://t.co/YQBxZs8aHZ pic.twitter.com/fMVj0xXMOc

Typically, Ethereum (ETH) holders who obtained between 1,000 Ethers and 10,000 Ethers are considered Ethereum (ETH) "whales." However, in his case some commentators to Santiment's Twitter account claimed that this address cannot belong to an ordinary "whale."

Data scientist and CEO of Nansen Ethereum (ETH), researcher Alex Svanevik, confirmed that this "address" is the contract of "Wrapped Ethereum" (WETH), a popular ERC-20 token.

"Wrapping" solutions are on fire

"Wrapped" coins refers to a special type of ERC-20 ("Ethereum-like") tokens with the price pegged to some asset—typically, Bitcoin (BTC) or Ethereum (ETH). This is very useful as "wrapping" can bring Bitcoin liquidity to Ethereum-based DEXs like Uniswap, Kyber and 0x.

The ongoing DeFi craze resulted in a spike in the popularity of "wrapping" solutions. Evan van Ness, contributor to ConsenSys and author of the newsletter Week in Ethereum News, noticed recently that the total number of "Bitcoins on Ethereum" has surpassed 100,000 BTC.

In August and September, it took only 23 days for "Wrapped Bitcoin" (WBTC) emission to double the last two times.