At present, the IRS, the agency that deals with taxes on revenues of regular citizens, is sending notices to numerous taxpayers on an annual basis. That includes correspondence to do with crypto and healthcare reporting.

However, scammers are taking advantage of that and are demanding that people pay them tax debts directly, by writing or phoning their potential victims.

Forbes shares details on how it is done and how to tell a fake IRS letter from an actual one.

As per Forbes, most often, scammers phone their victims directly and say they belong to the ‘Bureau of Tax Enforcement’, which does not actually exist. To make their claims sound legitimate, the fraudsters make references to the IRS. This often sounds convincing to people.

In the article, Forbes provides a list of things that should get you alerted and avoid falling for the scammers’ tricks.

Fake IRS letters or phone calls refer to taxes or fees that have allegedly been not paid by people. The culprits warn people that they may get arrested unless they pay up right away.

In some cases, the scammers manage to get hold of data regarding real tax obligations and in those cases, people do fall for the deception since it looks very much real and legitimate.

Forbes warns that if taxpayers are contacted by such dirty players and hear that they owe any taxes and must pay immediately or get detained, they had better hang up right away.

The IRS only contacts citizens via letters that carry the logo and the seal of the agency, a notice or a letter-number, reminds Forbes. Besides, those letters contain the truncated tax ID number of the receiver, etc. 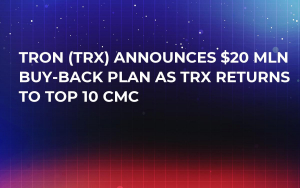 The IRS official Chuck Rettig wrote in a news release:

Taxpayers should take these letters very seriously by reviewing their tax filings and when appropriate, amend past returns and pay back taxes, interest and penalties. The IRS is expanding our efforts involving virtual currency, including increased use of data analytics. We are focused on enforcing the law and helping taxpayers fully understand and meet their obligations.