Forbes: Bitcoin Sentiment Similar to That in 2017 but Some Analysts Doubt Further Bull Run

Facebook Twitter Telegram Copy URL
The current Bitcoin fluctuations could continue as a full-scale rally, as it was two years ago, writes Forbes 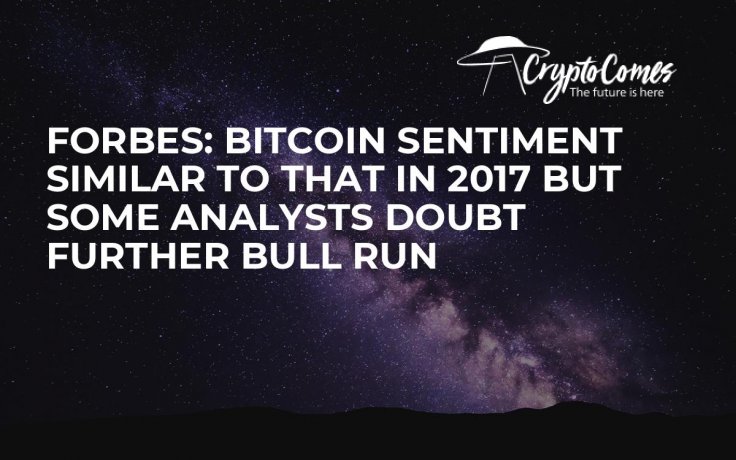 Since the start of 2019, Bitcoin price has appreciated by over 200 percent. Many believe that the current bull run (even though the BTC price has been showing some major fluctuations) was triggered by the global giants, such as Facebook and Apple, entering the cryptocurrency sphere and the expectations that the community had due to that.

Besides, more and more institutional investors are experimenting with Bitcoin and BTC-based assets.

As per the recent Forbes article, analysts reckon that the current market sentiment is close the one that was back in 2017, prior to the day when Bitcoin surged to hit nearly $20,000.

Our current level of reserve risk is equivalent to where we were in the early part of 2017."

That was right before things got really crazy and six to nine months before the bubble burst, bitcoin was around $1,000 to $2,000 at the time."

The basis for the analysis was the ‘BTC days destroyed technical metric’, referred to by Forbes. Besides, recently, the Crypto Fear and Greed Index also dropped to the lowest point it had ever achieved so far.

Hauge commented on that:

Crypto Fear and Greed [Index] is printing all-time lows. That's the exact thing you should be looking for if you're buying the dip for the long-term."

👉 MUST READ Bitcoin Price Hovering Above $10,000 with Altcoins Flashing Light-Green 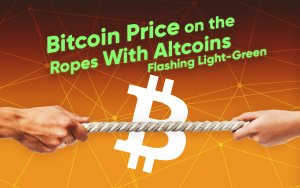 In an interview recently, he said that BTC is currently in a correction which started at the $13,000 level. It happened, because the fundamentals failed to provide support for the price spike.

Besides, he mentioned that the amount of Bitcoin addresses that insure a cash flow into BTC has significantly dropped since July.

#Bitcoin is back above $10k, but @BKBrianKelly is feeling a little bearish. Here's why. pic.twitter.com/J5uf9ahq1x