Facebook Twitter Telegram Copy URL
Bitcoin (BTC) was typically a flagship asset for bull and bear rallies within the crypto realm. One expert wants that the next one may be special. 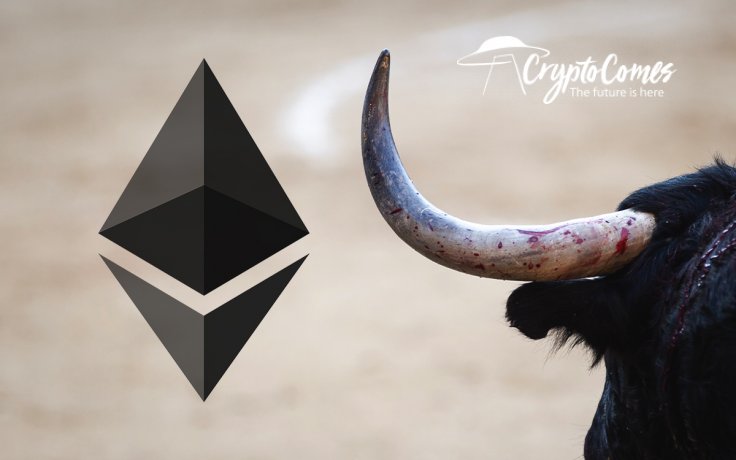 David Hoffman is Chief of Operations at RealT, a global real estate portfolio platform. He is also well known as the host of the POV Crypto podcast and a bankless crypto-focused educational product speaker. Today (July 26, 2020), Hoffman explained why Bitcoin (BTC) won't be the leader of the upcoming crypto bullish cycle.

According to Mr. Hoffman, the supremacy of Ethereum (ETH) over Bitcoin (BTC) in the next crypto bullish cycle is indicated by two processes. First, Ethereum has a very pale reaction to the flagship cryptocurrency as it attempts to combat the aftermath of the ongoing financial recession with massive cash injections.

While the 'quantitative easing' volume has surpassed $6 trillion, the price of Bitcoin (BTC) failed to rally and entered an unmatched 'flat' for several weeks.

In contrast, the price of Ethereum (ETH) managed to reflect the ongoing DeFi euphoria and gained almost 50% in one month. Despite it's nowhere near the insane triple-digit performance of other major DeFi assets (LEND, SNX, COMP and now YFI), the result is still way better than the king coin.

DeFi locks up $3B and ETH runs from $200 to $300 Does anyone have any doubts as to which asset is leading the next cycle?? Pet rock is cute. ETH is money.

Thus, Mr. Hofmann concludes that the next crypto cycle, which started with the ongoing 'altcoin season', will be driven by Ethereum (ETH), not by Bitcoin (BTC).

Money Instead of Pet Rocks

Hinting at its pale performance, David Hoffman compared Bitcoin (BTC) to a pet rock. Pet rocks are the unusual sort of collectibles that were particularly popular in 1975. A pet rock is a stone dressed like pet and sold in an attractive gift package. Due to hype-driven craze, its price skyrocketed before Christmas of 1975.

The price of pet rocks plummeted after the 1975 mania ended and never recovered. So, the price of Bitcoin (BTC) may also never revisit its all-time-high since euphoric days in late 2017.

Ethereum (ETH) reveals a different story for the expert. He recalled the most popular mantra within the Ethereum (ETH) community and notified one more time that 'Ethereum is money'.

As previously covered by CryptoComes, the Ethereum (ETH) rally started with the news about the launch of the Medalla community-driven testnet and the progress of merging ETH1 with ETH2.