Coinbase Asks FinCEN to Expand Discussion on its Latest Crypto Regulation Proposal. Why? 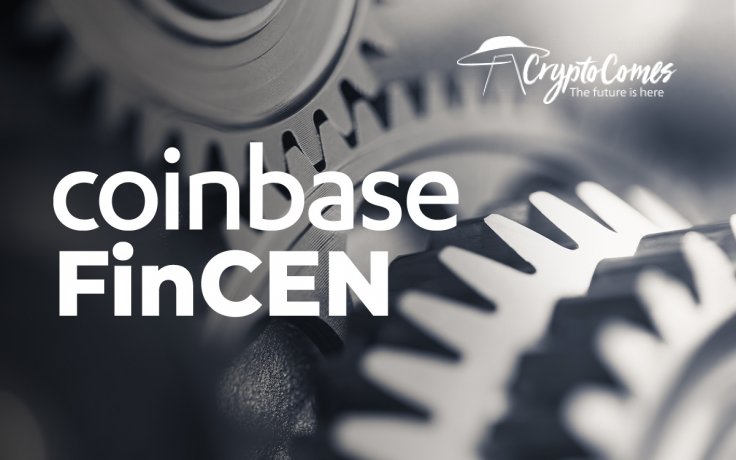 Leading U.S. cryptocurrencies platform Coinbase has responded to the latest FinCEN proposal to strengthen the rules of KYC and accounting for all crypto-focused service providers. Coinbase representatives ask FinCEN and the U.S. Treasury to expand the term for commentary to the normal 60-day period.

Paul Grewal, Chief Legal Officer of Coinbase, expresses concerns about the surprising solution by FinCEN as the watchdog asked for people to provide comments on the new rule in 15 days only. He underlined a number of circumstances that make it impossible for crypto market actors to respond promptly. 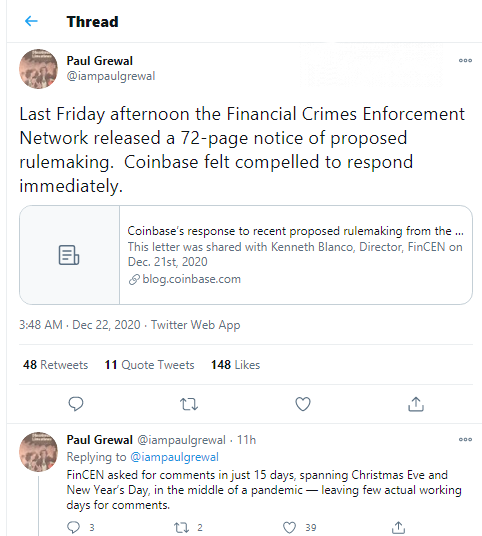 He noticed that the proposed 15-day term includes the Christmas and New Year holidays and coincides with another deterioration in the epidemiological situation in the U.S. As a result, entrepreneurs have only a few working days to prepare their comments to a new document.

Meanwhile, some of the 24 separate questions that FinCEN require sophisticated analyses and calculations. The watchdog has dropped this research demand on the industry solely and has imposed an inadequately abbreviated term.

Coinbase's Grewal also recalled some legal precedents in U.S. corporate law when a 60-day term was applied in similar cases. So, he says, regulators are just trying to push their proposals through before being replaced by their successors:

There is no emergency here; there is only an outgoing administration attempting to bypass the required consultation with the public to finalize a rushed rule before their time in office is done.

Mr. Grewal concluded that such behavior by a watchdog is inadmissible for a normal regulatory process. The term of discussion should be prolonged from 15 to 60 days immediately:

This is not how effective regulation is made.

As covered by CryptoComes previously, a new rulemaking initiative by FinCEN strengthens the requirements regarding the identification of customers who transfer more than $3,000 in equivalent. Moreover, all transfers greater than $10,000 in equivalent should be reported to FinCEN directly by service providers. 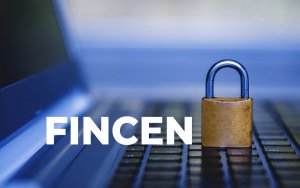 However, it is still unclear how crypto exchanges should identify the recepients of transfers when the money is withdrawn to smart contracts or decentralized applications (dApp).

Thus, the bridges between CeFi and DeFi would most likely suffer the most should new rules be approved.