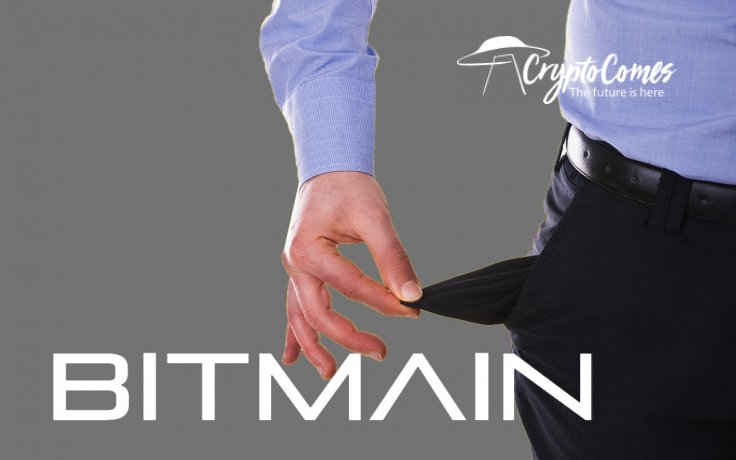 The ongoing saga of Bitmain, the industry-level mining gear producer, is nowhere near its end. Seasoned blockchain journalist Colin Wu explains why the ongoing "settlement" is just the calm before the storm.

According to Colin Wu, well known for his unparalleled expertise in the Chinese blockchain community, Bitmain's intracompany drama is very far from over. The top-tier directors of the company have six reconciliation roadmaps but none of them is perfect. 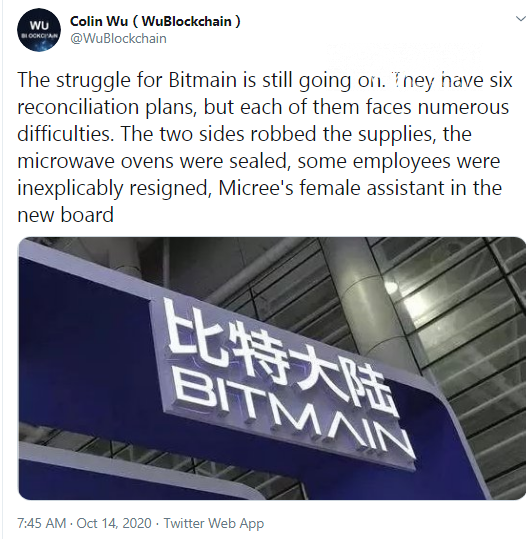 Colin Wu confirmed that the directors robbed the supply of mining gear ready for shipping. In July, many Chinese media outlets reported that 10,000 Bitmain Antminers mysteriously disappeared from company reserves in Inner Mongolia.

Bitmain is also massively firing employees, the insider admitted. Meanwhile, Micree Zhan, cofounder and owner of a 60 percent stake in Bitmain, managed to push through his female assistant onto the directors' board.

It should be noted that Mr. Zhan was ousted by Jihan Wu, another cofounder, in November, 2019. Then, Mr. Zhan took control over Beijing's office with his private paramalitary group. Then Jihan Wu organized a parallel office in Shenzen and launched new supply chain mechanisms.

Development is up and running despite struggle between cofounders

In Q3, 2020, problems inside the company resulted in significant delays with the shipping of its gear. Dovey Wan of Primitive Ventures reported that numerous orders were postponed in July, as covered by CryptoComes.

However, despite the raging infighting, Bitmain is still leaving its competitors in the dust with its 19th series of Antminers. Flagship devices by MicroBT, expected to come out in late 2020, are far less powerful in terms of hashrate.

However, with its 8nm chips, MicroBT Whatsminer M50S will consume less electricity. Multi-year R&D allowed it to reach the unbelievable energy efficiency of 30 Joules per trillion hashes.