Bitcoin Price to Hit $56,000 This Month Due to Old ‘Anon Prophesy’ or Is BTC to Decline in Wyckoff Distribution Phase?

Facebook Twitter Telegram Copy URL
An old screenshot of an anon prediction from 4chan claims this July BTC is to hit $56,000 but an analyst from TradingView expects a price decline – which will come true?

According to a screenshot of an anon 4chan user, Bitcoin should have reached the $29,000 in February 2020, an anonymous Twitter user reminds to the community.

However, a major trader from TradingView, says that a decline in price is likely despite the bullish news background.

An anonymous Bitcoin enthusiast and trader ‘Mr. Anderson’ has reminded the Crypto Twitter of the screenshot that has been circulating on the web for a few years.

On it, an anonymous 4chan user predicts the price marks that Bitcoin was and is still assumed to reach, covering three time marks in 2019 and three in 2020 – February, July and November.

The screenshot says that in February Bitcoin was supposed to hit $29,000. November is expected to bring on a BTC collapse to $87 and in July Bitcoin is supposed to surge to a $56,000 all-time high. 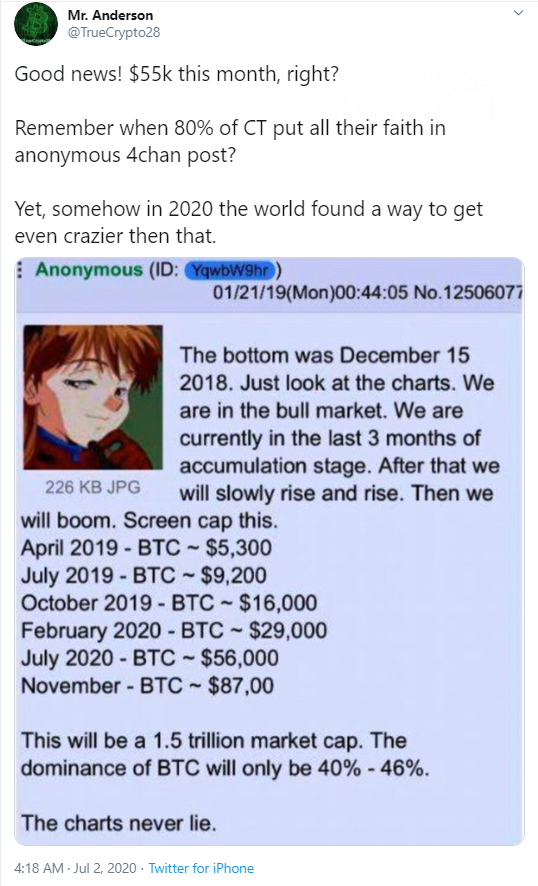 Judging by the comments in the thread, users find this forecast highly improbable. ‘Bitcoin is in a Wyckoff distribution phase’

Anonymous user ‘EXCAVO’ from TradingView believes that despite all the bullish Bitcoin fundamentals, such as data from Skew, Glassnode, Pantera Capital, DeFi, massive Grayscale purchases of Bitcoin, etc, BTC now has entered the Wyckoff distribution phase, in which the smart money are going to start taking their profits off the table and the Bitcoin price to begin declining.

"So ... we wait for a new bottom and "sales" on the cryptocurrency market, the news background is ready.
Although for me, we are now witnessing the Wyckoff distribution phase." 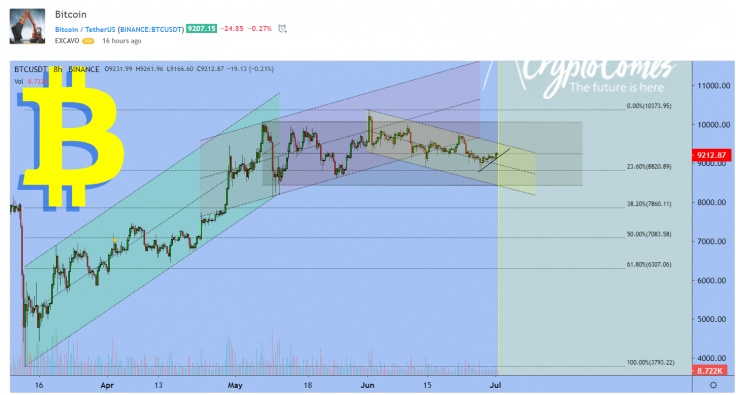