Facebook Twitter Telegram Copy URL
While Bitcoin (BTC) inches closer to the $35,000 threshold, it is accomplishing a number of spicy milestones 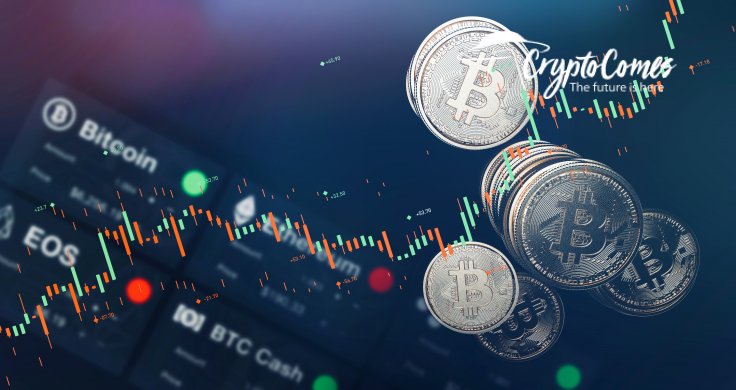 Bitcoin (BTC) has printed one ATH after another for several days in a row. CryptoComes has some facts that show how splendid Bitcoin's (BTC) supremacy is right now.

Documenting Bitcoin, a Twitter account that commemorates interesting and impressive milestones in the life of the flagship cryptocurrency, has noted that, now, some new models of Tesla's electric vehicle cost less than one Bitcoin (BTC). 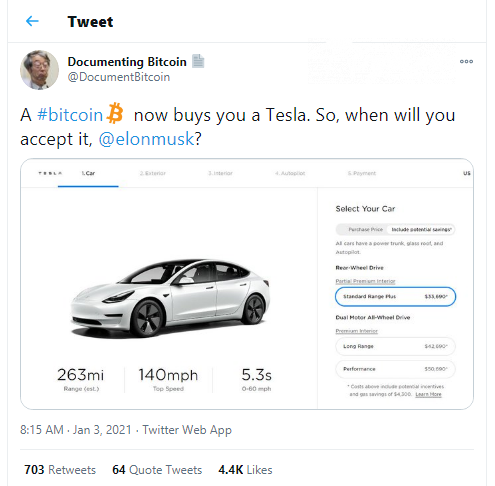 While the splendid run of the Bitcoin (BTC) price pushed it above $34,000 for the first time ever, the new Tesla Model 3 in the Standard Range Plus pack costs $33,690.

That said, Bitcoin (BTC) has already surpassed the Saudi Riyal and is on its way to leaving the Mexican Peso in the dust.

Be your own bank

Gabor Gurbacs, VanEck's digital asset director, has shared the comparison of net capitalizations of the world's top-tier banks. According to his tweet, Bitcoin's (BTC) market cap is far greater than that of any competitor. 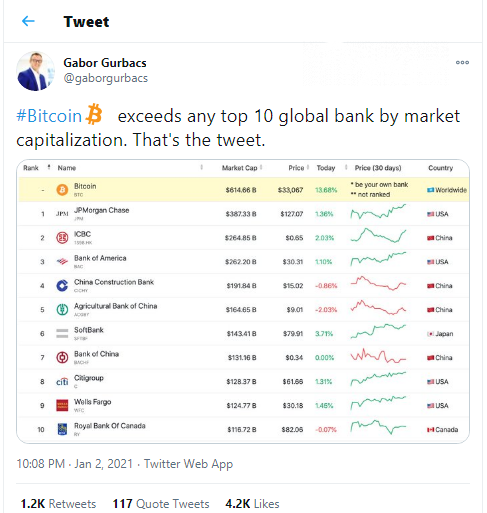 Recently, Bitcoin (BTC) became the world's most valued payment system, surpassing all centralized competitors including PayPal. It is interesting because some top payment mechanisms allow for operations with Bitcoin (BTC).