Facebook Twitter Telegram Copy URL
Top-tier investor and researcher Tuur Demeester predicts that the flaws that plagued eBay will be dangerous for Ethereum (ETH) as well. 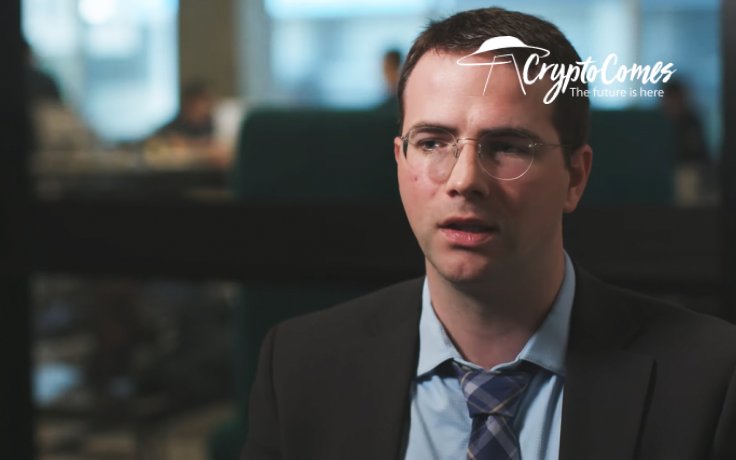 Prominent analyst and macro investor Tuur Demeester explains what Bitcoin (BTC) has in common with Amazon and why they are better than Ethereum (ETH) and eBay.

Rapid Growth Versus Value for Consumers?

According to Mr. Demeester, there are a lot of similarities between Bitcoin (BTC) and Amazon as well as between Ethereum (ETH) and eBay. Demeester explained his take given the fact that after a long struggle, Amazon's market cap is 46 times higher as compared to eBay. 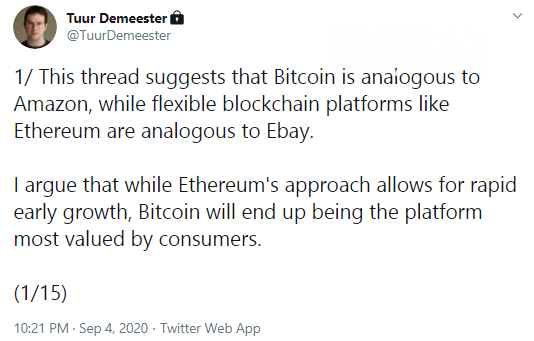 However, the main 'killing feature' of the Bitcoin (BTC) network is its user experience. Mr. Demeester claims that in terms of UX, Bitcoin (BTC) will overcome Ethereum (ETH) in the long run.

9/ So why is it that I suspect Amazon-like growth for Bitcoin, versus Ebay-like slugglishness for Ethereum? Imo, over the long run, the user experience on the bitcoin platform will prove to be the most reliable, predictable, and enjoyable - which is what drives hyper-growth.

Demeester stressed that it's the user interface issues that are to blame for the eBay crisis that started in mid-2000s. Mr. Demeester recalls that eBay visitors were confused by the bids system, the insane quantity of pages, and barely knowing about the goods they were planning to purchase.

Mr. Demeester attempted to break down the myths about the futility of Bitcoin's scaling progress. He indicated some solutions that could help advance the scalability and functionality of the flagship blockchain:

These advantages are accompanied by the accessibility of the full-node launch on Bitcoin (BTC) network. That's why the development of Bitcoin (BTC) is much more sustainable than Ethereum (ETH).

As previously covered by CryptoComes, Tuur Demeester also doubts the security of Ethereum (ETH) 2.0's launch. Commenting on the recent scandal with front-run transactions within the Ethereum (ETH) mempool, Demeester stressed that all its current problems will be much more irritating in ETH2.