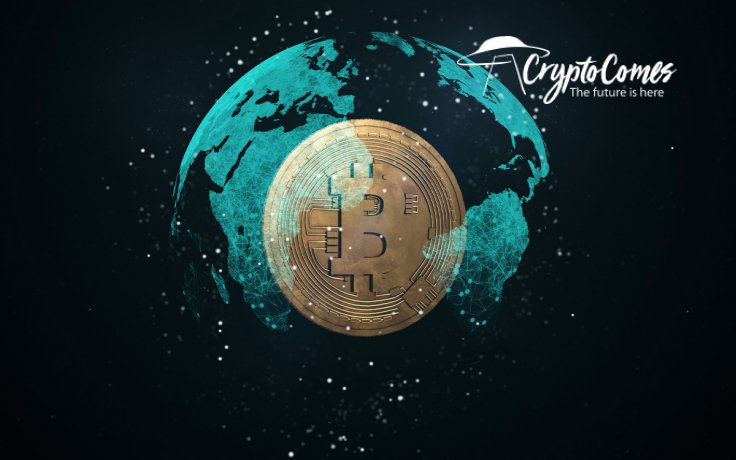 Prominent cryptocurrency researcher and analyst PlanB named five types of 'countries' that should consider switching to Bitcoin (BTC) as a reserve currency and as an instrument of governmental remittances.

In a recent tweet, PlanB claimed that some communities (not necessarily nation-states) would better of using Bitcoin (BTC) instead of the U.S. Dollar for a couple of reasons.

First of all, the largest oil producers who would like to hedge the risks from the USD hyperinflation may be interested in Bitcoin (BTC) payments. Then, 1 of 168 poor countries will have a monetary Bitcoin (BTC) market capitalization. 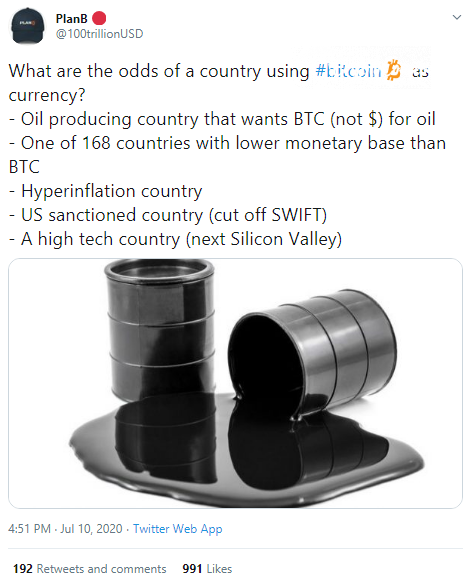 The countries with hyperinflating currencies may also use Bitcoin (BTC) as an instrument for settlements. Countries under U.S. trading sanctions is one more unexplored field for Bitcoin (BTC) solutions.

Finally, Bitcoin (BTC) may act as a currency for high-tech communities like Silicon Valley for internal and external payments.

Government Budgets to Explode with 'Stock-to-Flow'

Should some country actually decide to replace its currency with Bitcoin (BTC), its national budget may skyrocket. According to the 'Stock-to-Flow' Bitcoin (BTC) price model by Plan B, the price of the king coin may reach $900,000 in its next cycle between 2021 and 2024.

While the former announced that he stopped mocking the 'Stock-to-Flow' prediction due to its rising mainstream adoption, the latter called S2F a valid and insightful model, and very useful for understanding of market processes.