YAM Protocol Collapses, Token Goes to Zero. Why Did This Craze End in 24 Hours?

Facebook Twitter Telegram Copy URL
Yield farmers and DeFi developers are discussing the reasons behind the rise and fall of the most insane rally of a token and protocol. Its team has a plan for YAM 2.0 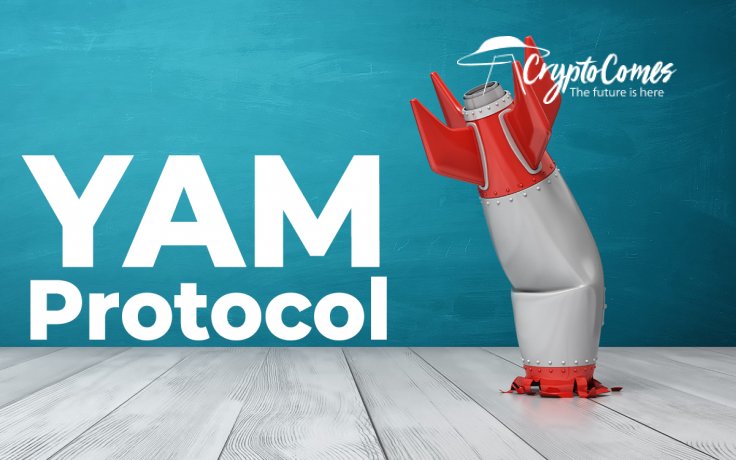 Today it was announced that the YAM Protocol—the most overhyped decentralized instrument for "yield farming"—has stopped its operations. YAM token's price is down almost 99% from yesterday's ATH.

Rise and fall of YAM

Yesterday, on Aug. 12, the euphoria around the "yield farming" protocol YAM was interrupted by a worrying call. It was revealed that a design flaw in the rebasing contract allowed for the minting of far more YAM tokens than was intended.

Extra tokens, beyond the limit of that for the YAM/yCRV liquidity protocol, were immediately sent to the project's reserve. This bug has threatened the normal functioning of the protocol ever since:

Given YAM’s governance module, this bug would render it impossible to reach quorum, meaning no governance action would be possible and funds in the treasury would be locked.

Earlier today, the governance proposal to fix the bug was released. However, shortly after, with the assistance of security experts, YAM engineers admitted that this flaw would interact with the governance module and prevent the proposal from working.

Thus, the operations of YAM will not go back to normal. This fact made the co-founder of Yam Finance, Brock Elmore, to publish a sorrowful tweet:

i’m sorry everyone. i’ve failed. thank you for the insane support today. i’m sick with grief

In a postmortem, YAM developers highlighted that they have no intentions of abandoning the product. They will set a Gitcoin grant to raise funds for the community-driven security audit of the product. Once this audit is finished successfully, the team will initiate the migration of YAM contracts to YAM 2.0.

For the most part, Ethereum community members expressed support for the product team. Numerous enthusiasts appreciated the fair-play approach of YAM devs who repeatedly stressed that the product underwent no security audit.

As covered yesterday by CryptoComes, YAM farming caused a split in the cryptocurrencies segment. BitMEX CEO Arthur Hayes lent his support to YAM and joined the YAM camp.

At the same time, CEO and co-founder of Shapeshift Erik Voorhees underlined that YAM looked like a "pump-and-dump" scheme from the very beginning.