Facebook Twitter Telegram Copy URL
VC money is going to DeFi segment. This influx of investment may bootstrap the development of DeFi instruments and UniswapV2 is a leader in this race

Leading decentralized exchange ecosystem and one of the greatest newsmakers of the ongoing DeFi euphoria, Uniswap, has announced that its Series A investment round is closed. It is led by Andreessen Horowitz investment conglomerate and included some of Uniswap's seed investors.

According to the official announcement by Hayden Adams, founder of Uniswap, the project has closed its Series A investment round. The total amount of funds raised is $11 million.

Excited to announce our Series A!!!https://t.co/C3ozA4b5Da

It has been highlighted that seed funding of the inaugural version of Uniswap was closed only a year ago by Paradigm investors, who also contributed to Series A funding.

Uniswap managed to close the Series A funding round only four and a half months after the deployment of its actual version, Uniswap V2, in March 2020. At press time, it has onboarded 3,981 pools for different assets with $195 mln in net liquidity and almost $75 mln in 24-hour trading volume. Also, UniswapV2 registered more than $1.5 bln in net transactional volume in July 2020 only, Mr. Adams claimed.

Hayden Adams announced that the investors' funds will allow Uniswap to expand its team and, in turn, to release the third version of the protocol, UniswapV3.

This release will come in the "next few months" and will significantly increase both flexibility and capital efficiency of the most popular decentralized trading instrument. Now its team is hiring engineers, community managers and data scientists to make this roadmap come true.

As covered already by CryptoComes, the rapid growth of UniswapV2 has been mentioned by Coingecko analysts among the most significant trends of the DeFi segment in July 2020. 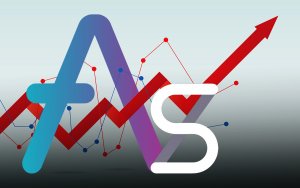 In their inaugural monthly report, Coingecko experts noticed that UniswapV2 managed to increase its share of the decentralized exchanges (DEXs) market by 8 percent in one month, bringing the total number to 47% while all veterans of the segment (Bancor, Kyber Network and dYdX) saw their shares decreasing.