Tether Swaps 10 Mln USDT-Tron to EOS as Trial Balloon, 25% of It Has Been Absorbed into EOS Ecosystem

Facebook Twitter Telegram Copy URL
Tether Ltd has converted 10 mln USDT to the EOSIO chain as part of testing demand; a quarter of it has been quickly consumed by the EOS ecosystem 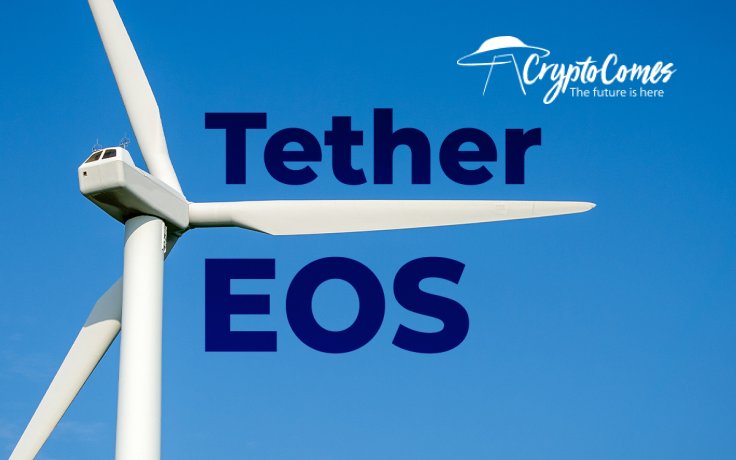 Tether CTO Paolo Ardoino has taken to Twitter to share a response from the EOS community regarding the transfer of 10 mln Tron-USDT to EOS over the weekend as a trial balloon.

In response, the leading EOS block producer, "EOS Nation" tweeted that 25 percent of that amount has already been absorbed into the EOS ecosystem. 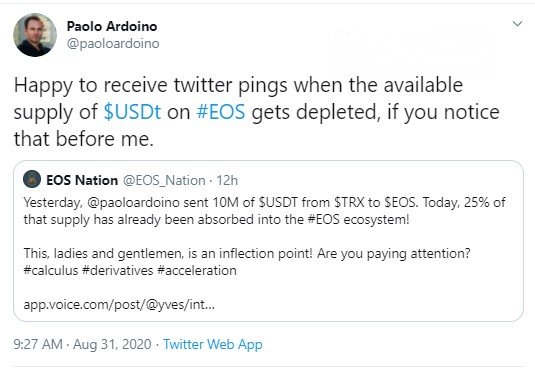 On Saturday, Tether CTO Paolo Ardoino took to Twitter to announce that the stablecoin producer had transferred 10 mln USDT tokens to the EOSIO chain.

In the comment thread, he stated that this was a trial and, if the demand were high, Tether would continue swapping USDT to EOS or get it back and send it to other chains where the demand is high.

Later on, it turned out that the USDT was sent to EOS from the Tron blockchain.

"EOS Nation" subsequently tweeted that, within just two days, twenty-five percent of the 10 mln USDT has already been absorbed by the EOS ecosystem.

Tether has been collaborating with EOS since the summer of 2019, right after launching the EOSFinex trading platform.

By bringing Tether to EOSIO, Tether strives to unlock the true potential of a blockchain-based stablecoin by appealing to individuals seeking a borderless, efficient, and free peer-to-peer value transfer.

EOS lags behind Tron regarding USDT

Omni chain is still the most popular blockchain on which USDT runs, and Ethereum is the second most popular platform for USDT users. 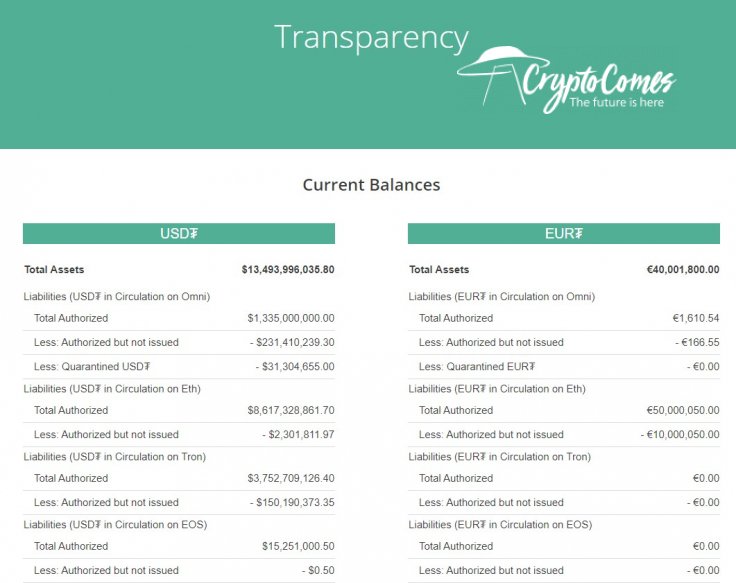 USDT on any chain can be issued by users on Tether's website. Recently, Tether's market capitalization surpassed $10 bln and now totals $10,005,123,388, according to data from CoinmarketCap.

USDT kicked off on OMG Network

Last week, Tether also reported that it had sent 3 mln USDT to an Ethereum sidechain OMG Network, thus expanding the number of blockchains it now emits its stablecoins on.