Facebook Twitter Telegram Copy URL
Galaxy Digital CEO Mike Novogratz has published a tweet about DeFi, saying that he expects it to become ubiquitous and sends congratulations to the Bancor CEO 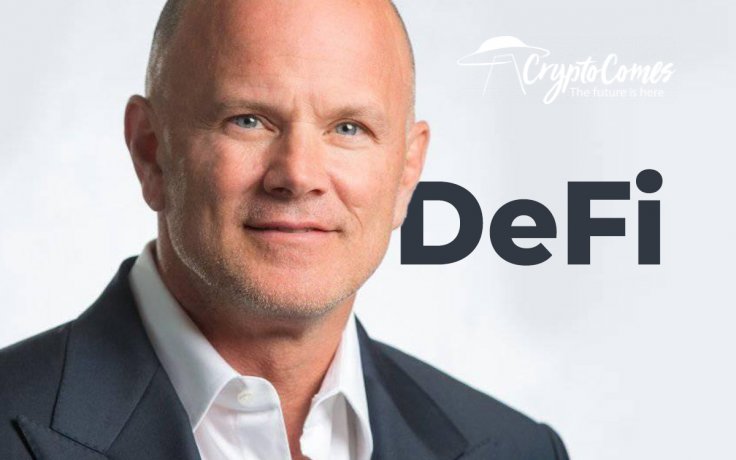 Prominent Bitcoin investor and CEO of the Galaxy Digital crypto bank, Michael Novogratz, has taken to Twitter to congratulate Bancor CEO and co-founder on the approaching network upgrade.

He also stated that within five to ten years, the DeFi industry will become widespread.

In his recent tweet, the former hedge fund manager and former partner at Goldman Sachs touched on the topic of DeFi (decentralized finance).

Further, he stated that he expects DeFi to be ubiquitous in five to ten years. 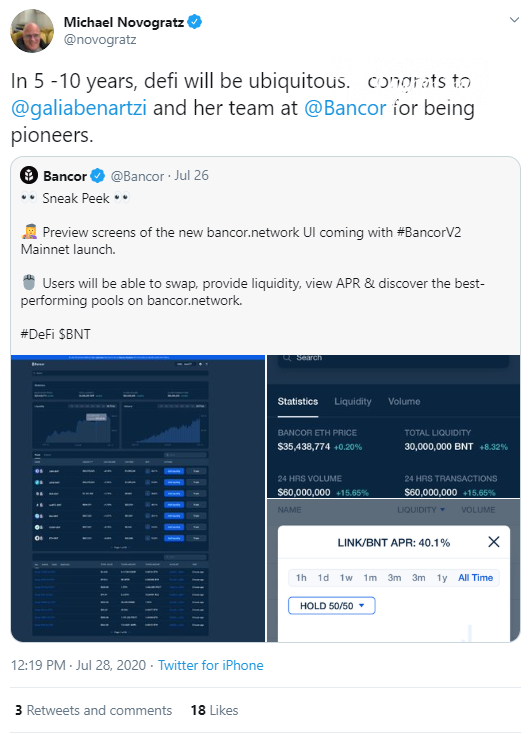 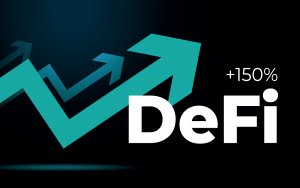 The blockchain company announced its approaching innovation back in late April of this year: Bancor Protocol’s second major version, Bancor V2. The launch is scheduled for July.

The new mainnet will include a new automated market maker (AMM) liquidity pool which has been integrated with price oracles provided by Chainlink.

It will also provide support for DLT-based lending protocols and will reduce the risk of so-called impermanent loss.

Previously, Mike Novogratz tweeted praise and admiration for Ethereum co-founder Vitalik Buterin. Novogratz’ praise had to do with DeFi projects; he tweeted that Vitalik was trying to "build something that has immense value."

The former hedge fund manager posted that tweet after Buterin had pointed out some of the drawbacks of Ethereum-based DeFi projects.

Back then, Vitalik drew public attention to "flashy DeFi things" that promise quick enrichment through high interest rates and may conceal some systemic risks from investors.