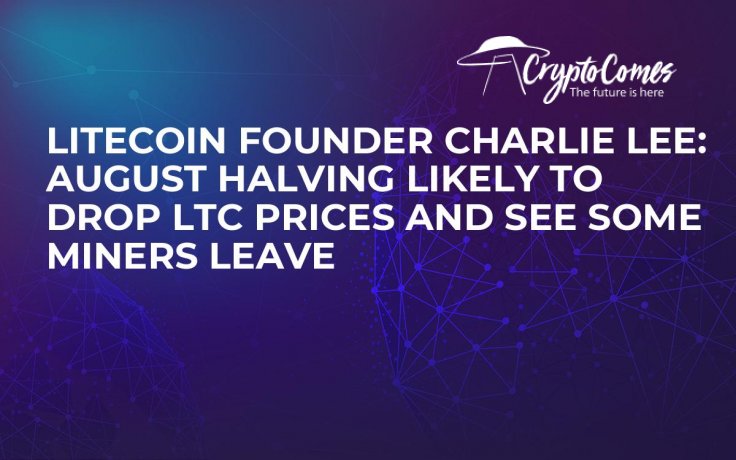 In a recent video interview, the Litecoin creator, Charlie Lee, has shared his view of the first outcome of the approaching LTC halving in August, saying that things will eventually be good.

How does a crypto halving work?

When a halving in on a crypto platform takes place, miners’ rewards get reduced in a half. Thus, if now LTC miners receive 25 LTC for each generated block, then after the halvening takes place in August, this amount will turn into 12,5 LTC.

This is expected to let the LTC price surge in the long term, since fewer LTC will be generated, thus making this asset scarce.

Bitcoin halving is also expected to happen next year in May and thus many in the industry are believing that the price will surge, as it was after the previous two halvings. One of them preceded the 2017 Bitcoin bull run to slightly under $20,000.

Charlie Lee says there might be trouble at first

In the interview, the Litecoin founder says that he expects the LTC price go down at first. Besides, he says, some of miners will most likely leave the business, since they will not agree to make smaller profits in LTC than before.

However, later on, Lee says, the situation will improve. Still, after this interview appeared on the Internet, the LTC price has been sliding and has already declined 14 percent.