Prominent investor and researcher Qiao Wang set up a unique experiment with his Twitter account. He invited his followers to promote their favorite asset. Mr. Wang, in a few words, slammed the concept of "shilling."

The world of bad investments

Wang promised to explain why every asset promoted by his followers may be a bad investment. Asked about XRP, he outlined its usage's shady essence, which differs from the way that Ripple Labs, Inc. describes it.

Cardano (ADA) and Litecoin (LTC) were bashed for their leaders' policies. Mr. Wang recalled the arrogant tirade of IONK CEO, Charles Hoskinson, and the surprising LTC sell-off by Charlie Lee.

The analyst criticized the data model of Stellar Lumens (XLM) blockchain as the "worst ever." Some altcoins were slammed as inappropriate for their use cases.

Analyzing the results of this amazing battle, Mr. Wang come to the conclusion that there is a new balance of power in the Crypto Twitterverse (CT). First of all, he admitted that the most active and aggressive CT community, XRP Army, shows no signs of capitulation. As covered by CryptoComes recently, XRP's liquid marker cap has been surpassed by Chainlink's (LINK). 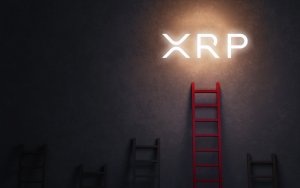 Mr. Wang has emphasized the activity of the Chainlink (LINK) community. He even called LINK promoters ("marines") the "New XRP Army."

However, he admitted that there is nothing interesting about Tron (TRX), despite its active promotion and many new releases in the Tron Ecosystem. He recommended that his followers do not ignore these concepts: