Libra is Bad Example: Tech Giants to Be Banned from Issuing Crypto, US Lawmakers Propose 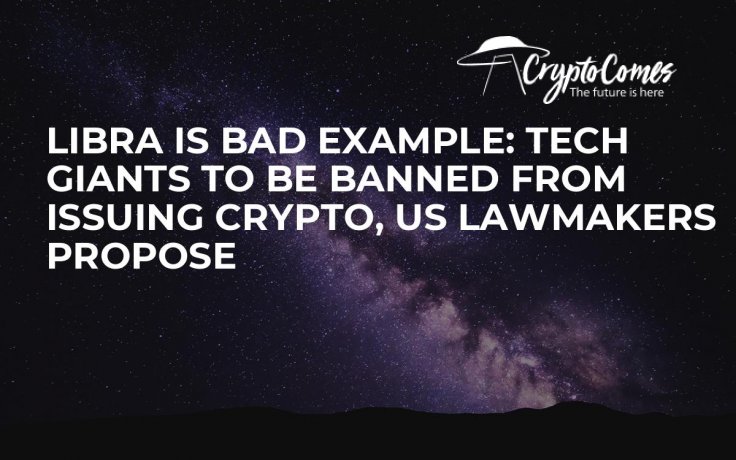 The most recent event in this sphere, as reported by Reuters, is that the US Congress is discussing a new draft law that proposes tech giants should be forbidden to make their own crypto and even think of taking functions of financial institutions.

After the Libra coin has aroused massive objections from bankers and lawmakers around the globe, the US Congress has decided to go even further than merely demanding harder regulations for the Facebook’s threat to banks. It is viewing a draft law to ensure nothing like this happens in the future – “Keep Big Tech Out Of Finance Act”.

The bill suggests a fine of a staggering $1 mln per day should be imposed on tech giants that dare to repeat Facebook’s daring experience and issue their own digital currency and violating the bill (if it is ever passed). By ‘tech giants’ the draft means technological companies that make over $25 mln of yearly revenue.

The draft was proposed by the Democratic party, but Reuters expects it to be strongly opposed by Republicans in the Congress – the Republican party tends to support technical innovations and seems to have enough voted and authority to turn down the anti-crypto bill.

Reuters points out that should even both chambers vote to accept the draft, the US Senate may still struggle to vote it down.

Regardless of whether the bill will be passed or not, it seems to be a bright warning of lawmakers to tech giants that their entrance into the financial sphere will not stand.