Kraken CEO: Bitcoin Price Rise Has Nothing to Do with ‘USDT Manipulation’

Facebook Twitter Telegram Copy URL
🤔⏳While many believe that the recent Bitcoin bull run has been provoked by manipulations with USDT, Jesse Powell insists it is due to actual demand👉📈 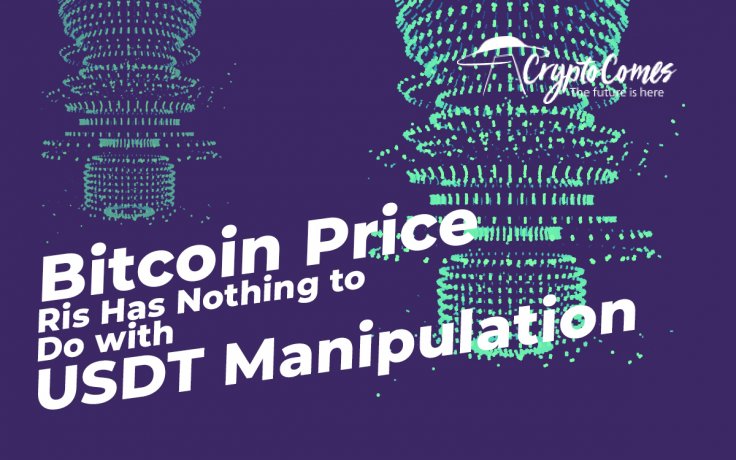 Multiple crypto critics have claimed that the recent BTC price appraisal has been powered by so-called manipulations with USDT and BTC on exchanges and that there is no actual demand for BTC or altcoins.

Jesse Powell, the head of Kraken platform, opposes this opinion in a recent Forbes piece.

In an interview earlier this week, Jesse Powell, who runs the Kraken crypto exchange, said he does not believe that the BTC price has been rushing up over manipulations with USDT on exchanges, as some assume. Also, he reckons that the Bitcoin price surge has nothing to do with the recent increase of circulating USDT.

He pointed out that a similar correlation happens to any crypto exchange that works with bank deposits.

He added that USDT is only a more visible version of what happens on all exchanges when the BTC quotes are rushing up charts.

Powell also stated that Tether is in reality a tiny part of the BTC ecosystem and that it constitutes only a small percentage of the overall supply of fiat on exchanges.

USDT, per the Kraken CEO, is just a way for US dollars to enter the crypto market. He believes that it is a real demand that is pushing the BTC price upwards – a great number of new traders join exchanges on a daily basis and bring as many USD with them to trade Bitcoin.