Here's What's Behind CCTV Announcement About Crypto as Best Asset 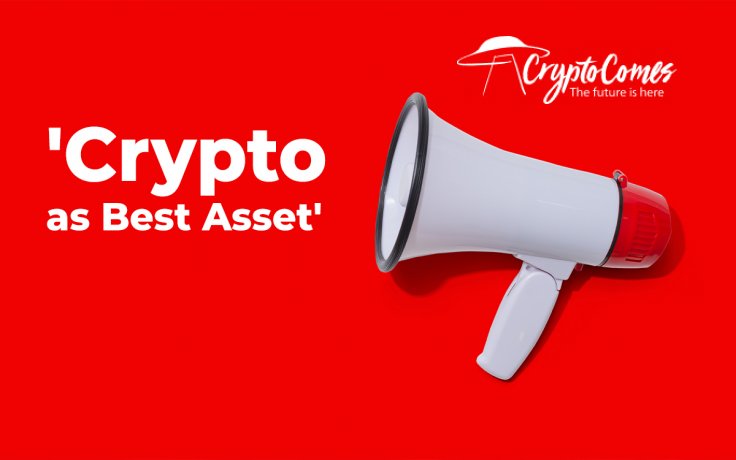 Colin Wu, whose areas of expertise include the Chinese blockchain segment, has clarified what should we read between the lines of the latest surprising announcements by official PRC media channels. Is it a much anticipated Chinese crypto U-turn?

Don't get too excited by glowing headlines

Colin Wu announced that, despite overwhelming political control, Chinese media can enjoy relative freedom when it comes to economic issues. Thus, they can initiate discussions, and the position of a certain media outlet should not necessarily reflect that of regulatory bodies.

Another news is that a few days ago, China’s official media strangely carried out a wide-ranging report on crypto as the “best asset” this year, which caused a lot of misunderstandings and even believed that the Chinese government should support cryptocurrency. pic.twitter.com/0tWDvNSNLm

The characterization of cryptocurrencies as the "best assets" has nothing in common with official documents or frameworks.

Moreover, some Chinese media outlets are market-oriented. Thus, they are doing their best to attract readers and cannnot afford to miss clickbait headlines along with advertisers' money. But even in terms of media coverage, this position does not necessarily correlate with the opinion of the majority of Chinese journalists.

Normally, even massive waves of positive reports on decentralized digital currencies broadcasted by Chinese media channels failed to indicate the accurate direction of governmental policy toward blockchain regulation. Mr. Wu warned that the aftermath can be unpredictable:

CCTV carried out a large wave of positive reports, indicating that its reports and supervision have no impact, and may even attract the attention of supervision and cause a blow.

All dressed up with nowhere to go

Mr. Wu reiterated that only publications in media wholly owned by banking and regulation institutions should be treated as reliable sources of information about the supervisory climate in PRC. Actually, the trends in this sphere do not look so great as yet another attempt to regulate ICOs in China is reported to have failed.

It should be noted that an enormous stir has been generated by China state-owned media: the CCTV television channel and Xinhua news agency. They informed the audience that "cryptocurrencies gained 70% so far in 2020" and are the undisputed best performers out of all assets.

These events were misinterpreted by the global crypto community as a paradigm shift in the Chinese government's perception of cryptocurrencies.