Facebook Twitter Telegram Copy URL
♎👈Members of traditional financial system – banks – are concerned that Libra may put them out of business, so they are working on their own fast payment systems👷💳 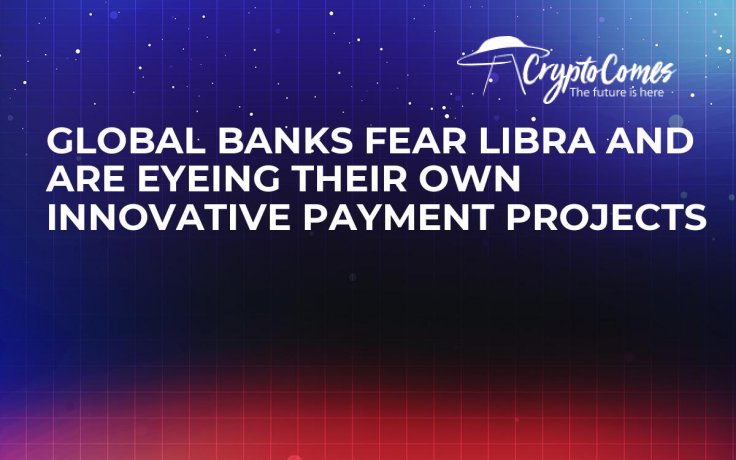 Global banks in the US and Europe are trying to stay away from Facebook’s Libra coin, not only avoiding offering it any support but also considering launching their own innovative methods to conduct payments much cheaper and faster.

Libra poses a threat to banks around the world

The Financial Times reports that bankers are at a loss trying to figure out what damage Facebook’s new project may give them and how to avoid it. Citing a source familiar with the case, FT writes:

We’re still learning what it is and trying to work out where we stand on it, are we an opponent, partner or do we ignore?”

Libra is tied to a basket of fiat currencies and has 27 sponsors (partners) that have agreed to provide the necessary funds to back the new coin and join the Libra Association. However, there is not a single bank among them.

Banks prefer to stay away from Libra

However, David Marcus, who is in charge of Libra, states that the Association has been negotiating with banks. What is more, he is positive that by the time Libra is released to the market in 2020, there will be bank members of the Libra Association.

However, as per the FT, several banks, including Dutch ING, have politely refused, promising great obstacles for Libra’s work when it launches. The chief of Citigroup, Mike Corbat, admitted that he is a fan of blockchain and crypto, but using Libra on a global scale would be close to money-laundering.

The challenge with cryptocurrencies is the opaqueness as to the sources of the money. It would be outside our ability to take or send those monies on behalf [of people who hold them].”

Banks are working on their own innovative solutions

In the meantime, some major banks and payment giants are working to build their own systems to offer their customers faster and cheaper payments to compete with Libra.

Mastercard, though being a member of the Libra Association, is busy creating such a payment system with several Nordic banks to be used with multiple currencies across borders.

UBS, MUFG and Lloyds Banking Group are also working on a similar system.