Ethereum (ETH) 2.0 Launch Date: Here’s How You Can Bet on It 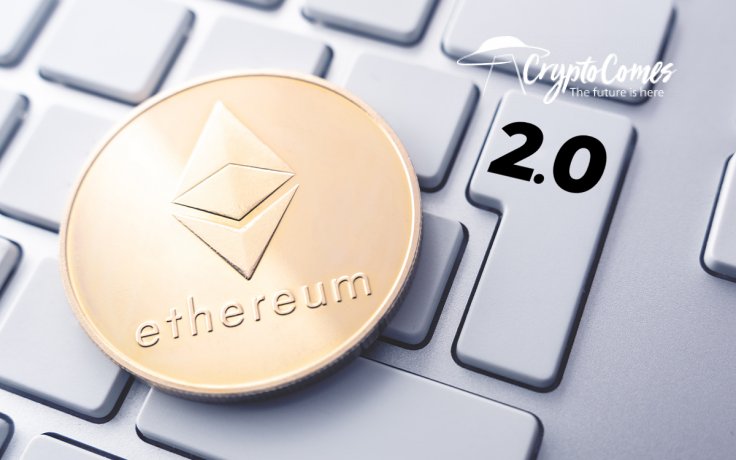 Equal Numbers of Believers and Disbelievers

According to the sweepstake (‘market’) information, a significant amount of value (bet) is being put on the resolution of Ethereum 2.0's launch date. Despite we have five and a half months left before the resolution date, more than $77,000 are already at stake. 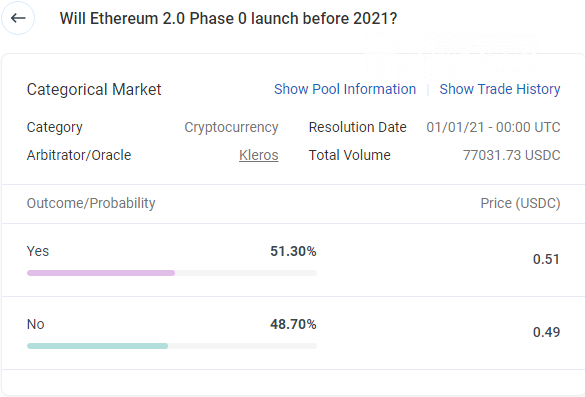 Since the period of the creation of this market, the bets of ‘Believers’ prevailed over bets of skeptics.

The Omen new-generation prediction markets environment is the first product of its kind with an oracle-agnostic design. Like with Augur, everyone can launch a market, but the oracle (the credible data source for the market resolution) is chosen specially for each voting process.

However, the correlation between ‘Yes’ and ‘No’ answers changed two days ago (July 10, 2020) when top-level Ethereum (ETH) developers talked about a launch date within the framework of the Fourth Ethereum (ETH) Reddit AMA.

As previously covered by CryptoComes,  Ethereum core developer Justin Drake indicated the numerous conditions for public testing, which is currently up and running. To meet all of these requirements, Ethereum (ETH) 2.0 needs much more time than was anticipated. So, January 3, 2021 looks the most natural date for its launch. 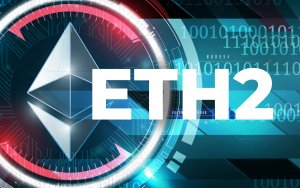 The ‘Father of Ethereum’, Vitalik Buterin, highlighted that ETH1 testing took only four months in 2015. So, the developers should consider this time framework for ETH2 testnets. That being said, Vitalik foresees November-December 2020 as the possible start date for the Beacon Chain rollout.