Facebook Twitter Telegram Copy URL
Ethereum Classic (ETC) miners disclosed that the system experienced an unintended chain split, which may have been caused by a 51% attack. 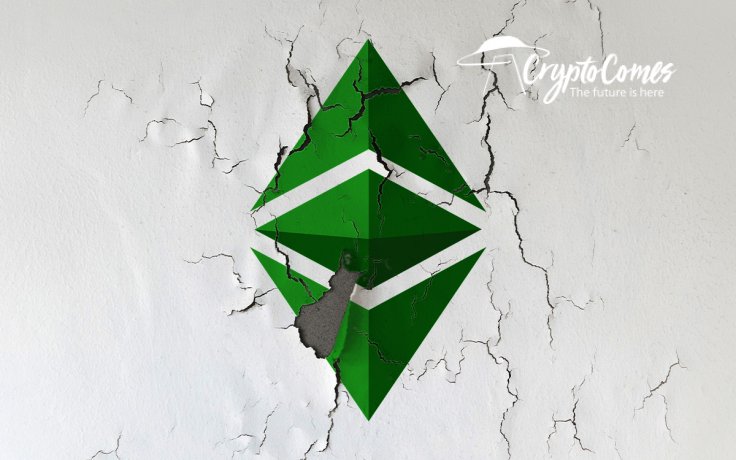 Today (August 1st, 2020), the Bitfly team, an Austrian-based Ethereum (ETH) and Ethereum Classic (ETC) mining pool, has announced that Ethereum Classic (ETC) nodes are failing to synchronize with the blockchain. While the reasons behind the unintended network split are still unclear, it looks like the network may have witnessed a successful 51% attack.

Ethereum Classic (ETC) Network May be Under Attack

It has been unveiled by miners that the normal operations for Ethereum Classic (ETC) have been damaged since block 10904146. At least 3,693 blocks were mined within the state of the possible chain split. It was this 'unintended reorganization' that was behind the failure of the nodes to synchronize with ETC mainnet.

Today the #ETC chain experienced a chain reorg of 3693 blocks at block 10904146. This caused all state pruned nodes to stop syncing. It is likely caused by a 51% attack and all exchanges are advised to halt deposits & withdrawals immediately and investigate all recent tx. pic.twitter.com/lUNtifaBWT

According to the estimations from miners, the malicious interference may have brought about a dangerous scenario. They asked all those involved in operations with Ethereum Classic (ETC) tokens to halt their deposits, withdrawals, and ETC transfers:

It is likely caused by a 51% attack and all exchanges are advised to halt deposits & withdrawals immediately and investigate all recent tx.

Hudson Jameson, a seasoned Ethereum (ETH) enthusiast and core developer for the Ethereum Foundation, shared his opinion about the necessity to halt all ETC operations:

There is a problem on the Ethereum Classic (ETC) blockchain. Exchanges need to pause deposits and withdrawals.

At press time, 2Miners, a top-level mining pool,  announced that the problem seems to have been solved and that their pools are working as intended. The 2Miners team also admitted that some of the miners failed to choose the correct chain with the split:

2Miners Ethereum Classic Pools are up and running. The network problem seems to be solved. There is still not clear if there was an attack. Unfortunately not all the pools have found the correct chain yet.

Despite the fact that the situation is a serious one (network was in a state of chain split for 12-13 hours), Ethereum Classic (ETC) leaders have reached out to the community without notifying about 'the ongoing network maintenance'.

PSA: During this ongoing network maintenance we kindly ask service providers i.e. exchanges, mining pools, and others to temporarily halt $ETC deposits as we further investigate the issues behind the current state of the network.

We will be post all new updates here.Thanks! pic.twitter.com/hyc1HEpxNQ

This 'PSA' was repeated by James Wo, Founder of the ETC Labs team, which has been tasked with the development of the Ethereum Classic blockchain. He assured that the problem has been solved by devs:

Hi everybody, @etc_core is working on it now, please kindly wait for the response from the core team. No worries, it will be solved. Exchanges need to pause deposits and withdrawals now.

As previously covered by CryptoComes, OpenEthereum announced that it plans to abandon its support of the Ethereum Classic (ETC) blockchain. 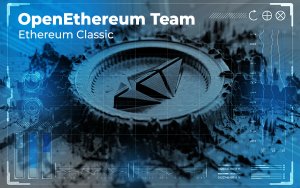