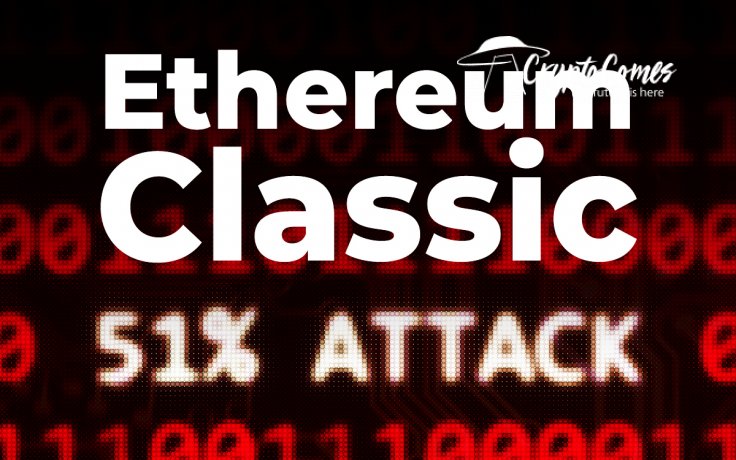 Ethereum Classic (ETC), the initial version of the Ethereum protocol, has undergone a Thanos upgrade. The Kraken exchange released a false alarm on a 51% attack.

Today, Nov. 29, top-notch centralized exchange Kraken announced that it is pausing deposits and withdrawals of Ethereum Classic (ETC) tokens due to an alleged 51% attack on the network. 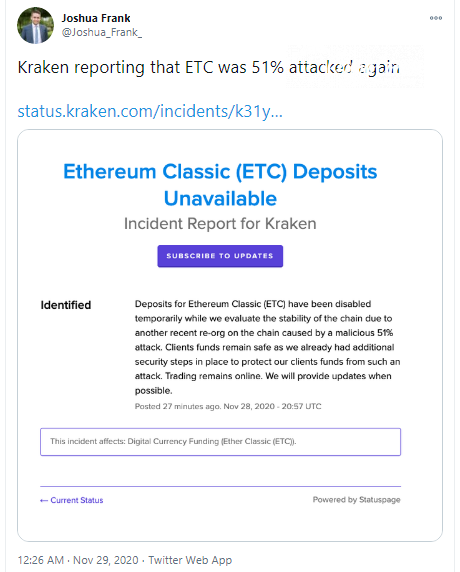 All ETC transfers stopped until the results of the investigation can be released.

However, Bob Summerwill, executive director of the ETCCooperative development community, has reported that this alert is false.

He contacted the support team of Kraken exchange, and it turned out that a PSA related to the August events appeared by mistake:

Apologies for the false alarm, we completed scheduled gateway maintenance during the hard fork earlier today and closed another status event by accident. It is up again.

Actually, Thanos upgrade has been activated by Ethereum Classic as intended on block 11,700,000.

Thanos network update has brought ECIP 1099 into effect. It has adjusted the epoch length used to calculate the parameters of DAG file.

The sustainable growth of this file volume (almost 3.91 GB prior to the hardfork) was going to exclude all miners with 4 GB GPUs from mining of Ethereum Classic.

This, in turn, posed a threat to the overall network hashrate and the security of the transactions.

According to the official blog post, Thanks upgrade reduced DAG file size from 3.94 GB to 2.47 GB. As a result, 4 GB GPUs will take part in ETC mining for an additional three years.