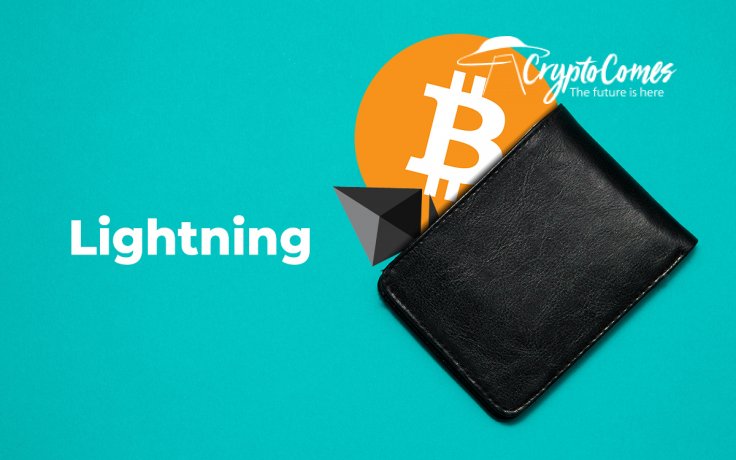 After two beta releases in June 2020, Electrum, the famous lightweight Bitcoin (BTC) wallet is now available in full version v4.0.1. Here’s what was upgraded with the long-awaited release.

Lightning Network is Supported, but Users Should Be Careful

According to the official release note, Lightning Network support (Bitcoin (BTC) scalability solution based on state channels) still has some limitations. The user should rely on a single Lightning server or set up a watchtower arbitrary mechanism. 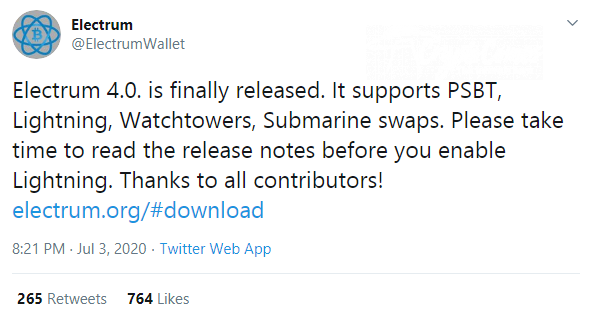 The release note recalled that funds locked in the Lightning Network can’t be restored from the seed phrase. Thus, users are asked to create static backups of their channels. Lightning-enabled wallet files must not be copied. The Lightning Network can be enabled in both graphical user interface (GUI) and command line interface (CLI), but at the moment, this only works for p2wpkh wallets.

The new release also supports an exchange between on-chain and Lightning Bitcoins (BTC) or so called ‘submarine swaps’.

Electrum v4.0.1 also reconsiders the approach to partially signed Bitcoin (BTC) transactions or PSBT. This option works in accordance with the BIP 174 while the previous partial transaction format is not supported anymore.

This groundbreaking version was preceded by two beta testing releases - 4.0.0b0 and 4.0.0b1. Both betas were deployed in June 2020.

The previous stable version release, v3.3.8 ,was presented almost a year ago. It advanced the performance of the Electrum wallet by improving support of the wallet's hardware and PyInstaller tools.

The Electrum wallet is typically named as one of the most credible and high-performing Bitcoin (BTC) wallets. It was only once that a security flaw was disclosed in Electrum. The scammers a published fake release notification about the v3.3.3 build in April 2019.