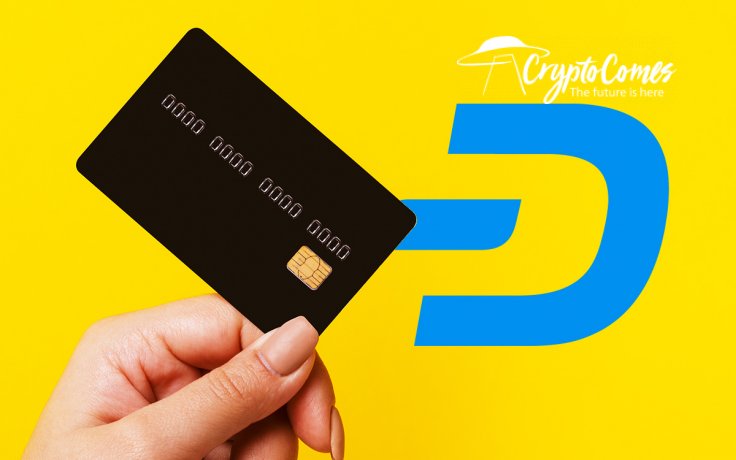 Pay by Card, Get Cashbacks in Crypto

It has been announced by local technology media that the Dash Core Group, a team tasked with the development of Dash cryptocurrency, has partnered with a Mexican startup called Tauros. Tauros delivers services of cryptocurrency payments and exchange. 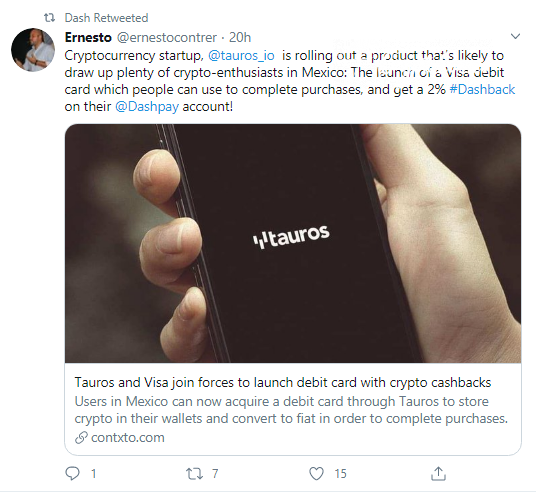 The startup, which is gaining steam in terms of cryptocurrency adoption in Mexico, is building a debit card system powered by Visa. Debit cards, issued by Tauros, will support native exchanges between cryptocurrencies and the Mexican Peso.

Aside from that, this card will act as an ordinary payment instrument, both in retail PoS-terminals and e-commerce stores. The 'killing feature' is 2% cashback in Dash cryptocurrency.

According to Mr. Ernesto Contreras, Head of Business Development in DashPay, this 'DashBack' will be rewarded seamlessly to the accounts of DASH holders:

The launch of a Visa debit card which people can use to complete purchases and get a 2% #Dashback on their  @Dashpay account!

Earlier this year, the Dash Core Group unveiled that the quantity of active users of its Android wallets in Venezuela surged 627%. This increase in DASH's popularity is surrounded by the 900% exchange rate decline of the Bolivar Soberano (local currency) against the U.S. Dollar.

Additionally, a new scheme of chain synchronization was activated within the Dash (DASH) wallet for Android-based smartphones and laptops.