Cardano (ADA) Developers Most Active in Crypto Segment. What About Other "Ethereum Killers?" Cardano (ADA) developers were the most active in the entire crypto space in November and early December of 2020. Their passionate contributions have left Ethereum (ETH) in the dust, let alone other close competitors.

According to statistics from the Santiment dashboard, shared by Cryptodiffer analysts, Cardano's (ADA) development community was the most active in the last few weeks. With the unbelievable result of 403 GitHub commits per day, they surpassed Ethereum's devs by almost 9 percent. That means that they published 17 commits per hour! 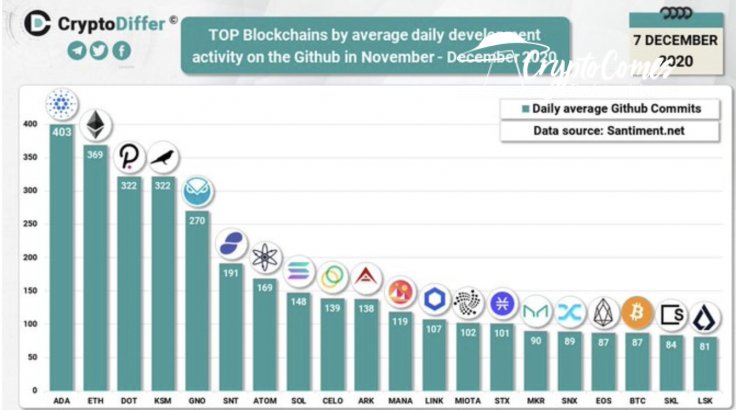 Meanwhile, from the large segment of "Ethereum killers"—platforms that host smart contracts or are planning to do so—only Polkadot (DOT) and its side project, Kusama (KSM), have achieved equatable results. For instance, Eos (EOS) developers were 4.6x less active than Cardano (ADA) contributors, while Solana (SOL) coder activity was 63 percent lower than the leader.

Santiment metrics has indexed all projects with open-source GitHub repositories. It is interesting that the two leaders of this ranking, Cardano and Ethereum, have retained their supremacy since 2019. 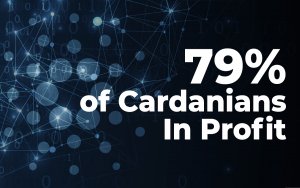 Yesterday, Dec. 15, Project Catalyst closed registration for Phase Two. The community voting started to identify the winners and reward them with ADA-denominated prizes.

Input Output Hong Kong, a development studio tasked with the building of Cardano (ADA) blockchain solutions, shares details of a major Cardano network upgrade. It will look like a "hard fork without a hard fork," IOHK claims.

In its recent tweet, the Input Output HK team announced that Cardano's new token update, which is necessary for the transition to the Goguen era, will deploy on Dec. 17. In terms of network performance and operations, it should be referred to as a hard fork, but it will not result in a painful chain split.

Such a transition becomes possible due to Hard Fork Combinator, a mechanism that "combines two protocols into a single protocol."

The upgraded Cardano (ADA) blockchain will be one step closer to smart contract functionality release. Once this milestone is achieved, the project will be able to on-board dApps including DeFis.