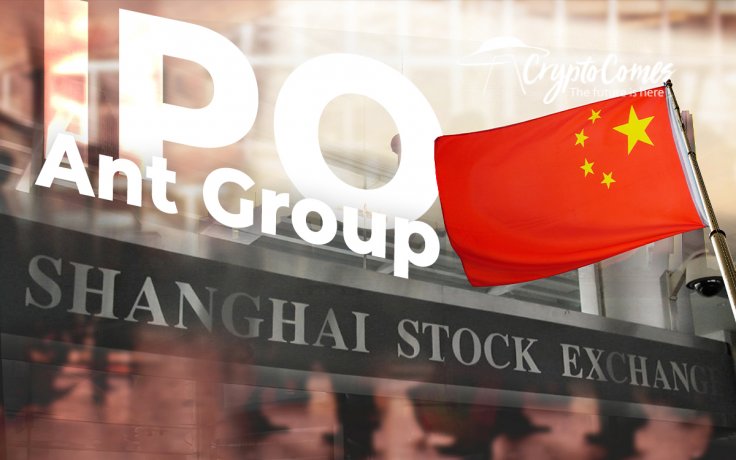 According to government-backed media outlets, the largest initial public offering in stock trading history has been halted by a Shanghai platform.

Half an hour ago, on Nov. 3, 2020, around 1:17 p.m. UTC, Chinese governmental English-language media resource Global Times has published a jaw-dropping announcement. The most overhyped stock offering of the turbulent year of 2020 is suspended by its platform. 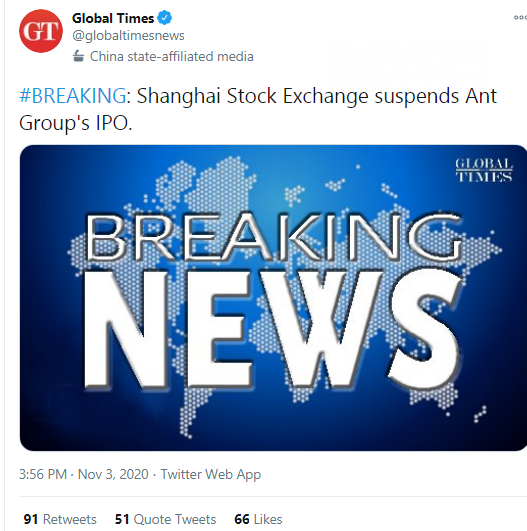 The journalists have shared no further details on this dramatic event. The release on the Global Times' main page consists of seven words only, which is very rare for this resource.

The IPO had been scheduled on two platforms concurrently. However, there is no information about the fate of the Hong Kong Stock Exchange offering.

According to some estimates, this unique dual offering was expected to bring Ant Group the whopping sum of about $35 bln minimum. Its owner, the richest Chinese person, Jack Ma, could therefore strengthen its leadership in the "fat cats" rankings.

Markets were more than excited by this massive offering. According to Bloomberg, Ant Group stocks were traded with a 50 percent premium on shady over-the-counter markets in China and Hong Kong.

Shanghai Stock Exchange witnessed an enormous 872x oversubscription of retail users. Thus, the IPO was expected to be incredibly successful.

However, one day prior to IPO, Mr. Ma was "summoned" by regulators from the People's Bank of China. Although the procedure was a regular one, amidst massive criticism of Ma's Alipay by government newspapers, the regulatory scrutiny will be among the most obvious reasons for IPO suspension. Ant Group is the parent entity of AliPay.

In October, shortly after the approval of its IPO, Ant Group announced experiments with AntChain, the group's own private blockchain-based system.