Facebook Twitter Telegram Copy URL
American COMPETE Act may be the last one for President Trump. One of its sections is dedicated to blockchain technology 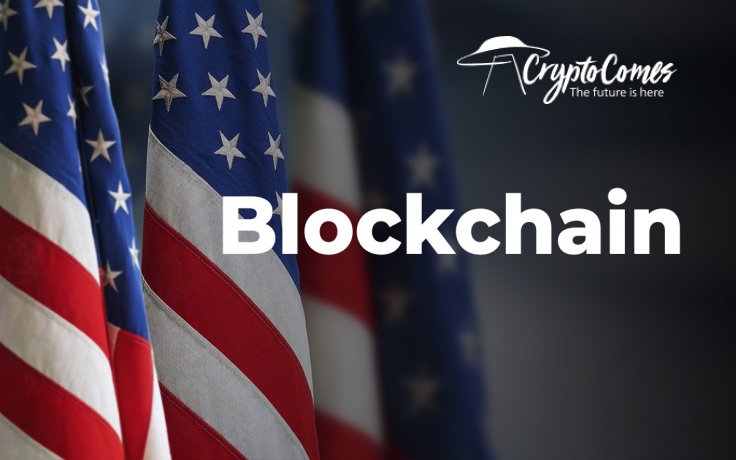 U.S. senators included the American "Competitiveness Of a More Productive Emerging Tech Economy Act," or the American COMPETE Act, into the largest bill ever passed by Congress in its history. What does the act say about blockchain?

Prof. Drew Hinkes, an American expert in blockchain legislation, has noticed that blockchain as a technlogy is mentioned in the Consolidated Appropriations Act, 2021, or "Stimulus Bill." This massive document—almost 5600 pages!—includes a number of laws that establish a legal basis for the record-breaking $2.3 trillion in governmental spending in fiscal year 2021. 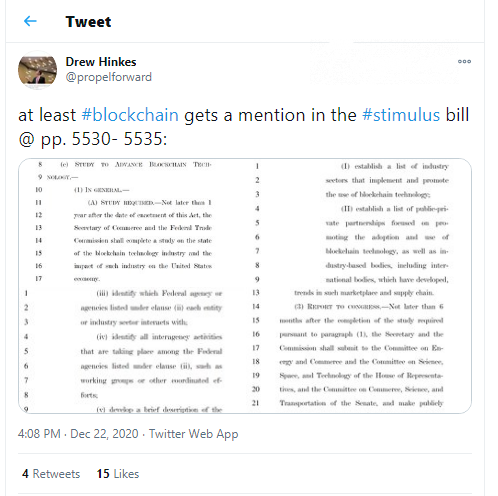 The American COMPETE Act can be found in the section Division FF - Other Matter (Title XV). It is focused on "American competitiveness of a more productive emerging tech economy." Introduced in the House on Aug. 28, 2020, by Senator Cathy McMorris Rodgers (Rep.), this bill provides an R&D roadmap that could prove U.S. technological supremacy in a changing world.

Apart from studies in artificial intelligence, next-gen supply chain practices, IoT usage and quantum computing, it underlines the key directions of state-backed blockchain research. The Secretary of Commerce and the Federal Trade Commission are those who bear responsibility for these studies.

The studies should be finished within one year after the law comes into effect, while the report to Congress should be presented in six months. But what does the "Study to Advance Blockchain Technology" article state?

Blockchain between government and industry

First, this document requires the development of the list of industry segments that use blockchain technology and the federal government bodies that regulate this usage.

Then, all existing practices or blockchain regulation should be identified as well as all resources that could help small businesses and consumers to evaluate blockchain technology use.

As a result, the U.S. should have a model of secure blockchain technology usage developed within the framework of national strategy. All risks should be mitigated, and adequate legislation should be developed.

As covered by CryptoComes previously, the U.S. FinCEN surprisingly asked all crypto service providers to send their comments on its latest draconian crypto trading regulation proposal in 15 days only.