Blockchain-Based Electronic Seals to Be Used by Chinese Courts

Facebook Twitter Telegram Copy URL
According to sources at the Global Times, a daily tabloid newspaper, law enforcement agencies of the PRC are exploring a particular use for blockchain systems.

Media outlet Global Times revealed that new devices have emerged with the benefits of decentralized data storage and a modern portable hardware environment.

A Seal That Won't Be Counterfeited

The Chinese media outlet shared photos of a blockchain-based digital surveillance complex, otherwise called its 'electronic seal'. It will be utilized by local law enforcement and judicial bodies. 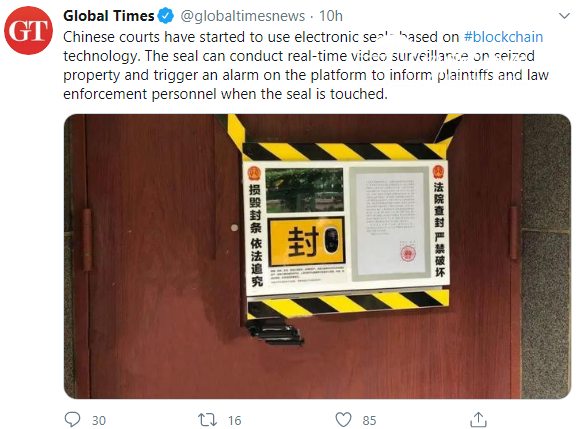 This gadget will be utilized to conduct video surveillance and control access to seized property. Once the seal is touched, the purpose-built system informs the plaintiffs and the local court about the alarm in real-time manner.

As the logs of the usage of this device are stored into a blockchain-based system, its integrity won't be corrupt by malefactor or a fraudulent defendant.

News about this gadget had commentators take to Twitter, raising concerns about possible abuse of the system by the authoritarian Chinese regime.

How Governments Are Using Blockchains

It's interesting that blockchain-based and distributed ledger technology are widely utilized by governmental bodies across the planet. Both democratic and totalitarian states have attempted to benefit from this industry.

For instance, Saudi Arabia launched a decentralized system that organizes its interaction between the Central Bank and local financial authorities. 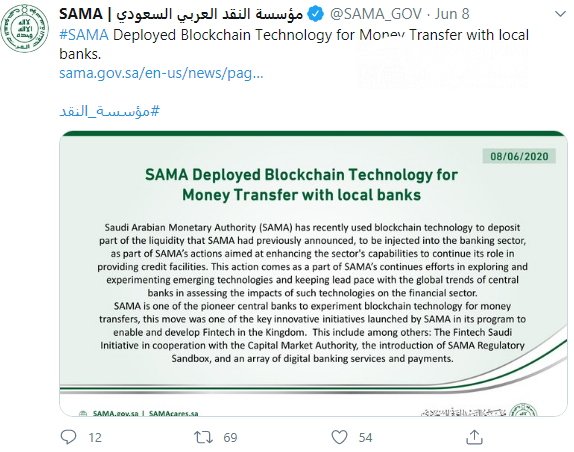 He treated this news as a 'big deal' and foresees them playing a major role in the adoption of blockchain technology in the People's Republic of China (P.R.C.).