Bitcoin Price Surges Above $11,000 (Again) as Crypto King Is About to Have Its Second Best Quarter Ever 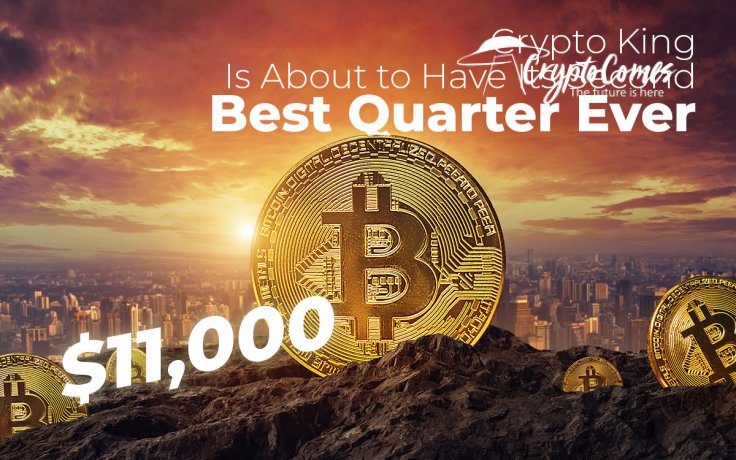 Bitcoin, the biggest cryptocurrency by market capitalization, is well-poisoned to have its biggest second quarter ever with a startling 165 percent gain, Coindesk reports.

Meanwhile, the BTC price has yet again breached the $11,000 mark.

On Apr. 2, the Bitcoin price suddenly spiked by almost 20 percent to the $5,000 level, making all market pundits scratching their heads in bewilderment.

Those who suggested that this was simply a fluke that was driven by market manipulations ended up with an egg on their face since it actually commenced another bull run.

That could signal even a bigger rally in 2020, which would confirm some of the boldest predictions voiced by Bitcoin enthusiasts.

The Libra announcement gave a lot of exposure to the cryptocurrency industry that still mostly remains under the radar.

If 2 billion users are on Facebook, some percentage of them start to kind of look at Libra and try to understand how it is different and similar to bitcoin — that is a positive.

The institutional adoption of Bitcoin and the upcoming halvening in May 2020 are among other possible catalysts for the rapid price growth.

As Business Standard points out, the fears of the Bitcoin bubble are currently fading after multiple mainstream outlets started comparing it to the infamous tulip mania.

This comparison seems absurd if to look at the bigger picture.

Bitcoin has been trading for roughly 3,399 days (from the time of the famous pizza purchase, till today). At the current $btc price, there are only 73 days (2.15%) where had you bought & held your first Bitcoin, you'd be sitting at a loss. This is one resilient tulip🍕📊🚀🌷