Facebook Twitter Telegram Copy URL
Bitcoin liquidity crisis, or "supply crisis," is among the top narratives of the ongoing bullish rally. Top-tier analysts explain why it does not look like FUD anymore 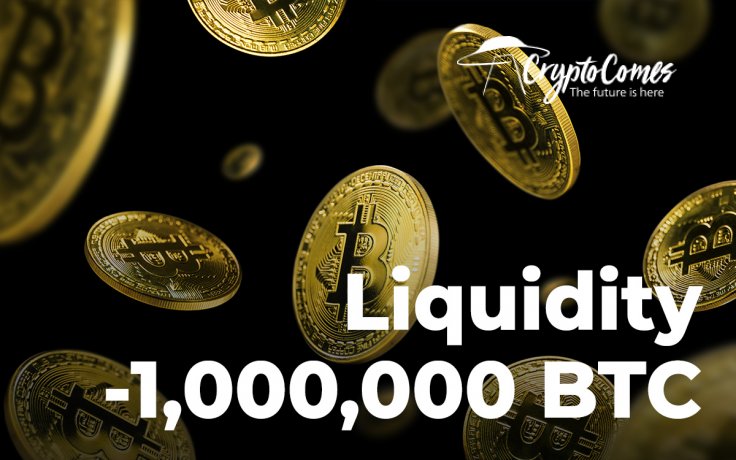 Rafael Schultze-Kraft, Chief Technology Officer of Glassnode on-chain analytical team, has shared "one of the most important Bitcoin charts in 2020." And it does not display price, hashrate, difficulty or wallet number.

According to statistics shared by Mr. Schultze-Kraft, the entire year of 2020 was marked by an accelerating decline in the liquid Bitcoin (BTC) supply. The number of Bitcoins (BTC) in both "liquid" and "highly liquid" categories are drying up. 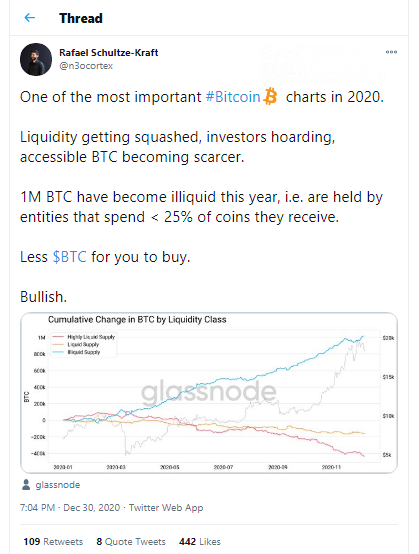 Glassnode’s latest report, "78% of the Bitcoin Supply is Not Liquid," introduces three levels of liquidity for every entity that owns Bitcoin (BTC). The indicator L ("liquidity") varies between L=0 (passionate holders, "strong hands" that never sell) and L=1 (an entity that sells its entire Bitcoin [BTC] allocation).

If an entity has spent 25% of all BTC it has received over the course of its lifespan, the amount they hold will contribute 50% to the liquid and 50% to the illiquid bucket.

Glassnode calculated that 1,000,000 Bitcoins (BTC), or almost $30 billion in actual prices, vanished from the liquid supply in 2020. This process even outperformed the inflow of new Bitcoins (BTC) into the network:

Currently we are at a stage in which the illiquid supply is growing more than the total circulating supply.

According to the report, a similar pattern was spotted during the bullish rally of 2017.

As covered by CryptoComes previously, in 2020, Glassnode registered the increased confidence of Bitcoin (BTC) hodlers from "whales" and retail investor camps.