Bitcoin (BTC) Flipped by Ethereum in Network Fees in 2020 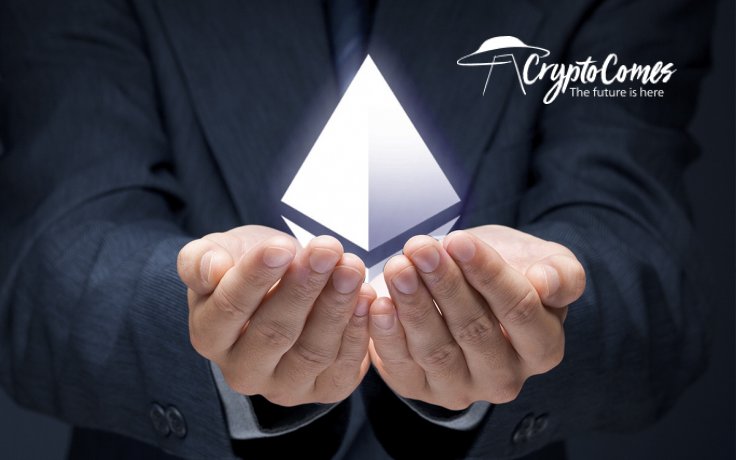 For the first time in the entire history of crypto, Bitcoin (BTC) is not the most utilized blockchain, based on network fees statistics. But what has caused this historic flippening?

Rafael Schultze-Kraft, chief technology officer of leading on-chain analytics platform Glassnode, has shared an infographic to display the dynamics of Bitcoin (BTC) and Ethereum (ETH) network fees in the years 2016-2020. His recent tweet demonstrates one more aspect of the "flippening" much-anticipated by Ethereum (ETH) proponents. 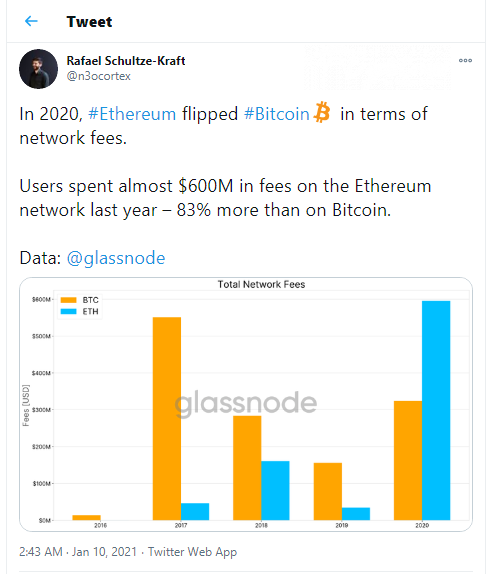 In 2020, users of the Ethereum (ETH) network spent almost $600 million while Bitcoiners spent $320 million. In one year, the aggregated amount of network fees in Ethereum increased by almost 1,700 percent. To provide context, Bitcoin (BTC) fees added only 100 percent.

During the previous years, net amounts of Bitcoin (BTC) fees were far higher than that of the second cryptocurrency since its mainnet launched in 2015.

High Ethereum (ETH) network fees are interpreted by its supporters as the most reliable indicator of network usage. As covered by CryptoComes previously, Ethereans slammed Binance Smart Chain, highlighting that it collects a very low amount of fees.

👉 MUST READ Ethereum (ETH) Competitor Processes Almost 500,000 Transactions Per Day, But There Is One Caveat 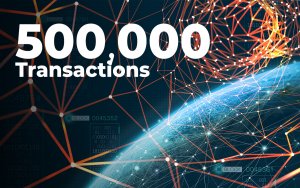 Who is behind this ballistic upsurge?

The increase in Ethereum (ETH) fees should be attributed to "2020 DeFi euphoria"—a meteoric run in the popularity of decentralized financial protocols (DeFis). The vast majority of them work on top of the Ethereum (ETH) blockchain.

According to Crypto Fees analytical dashboard, users of Uniswap (UNI) and Sushiswap (SUSHI) combined spend almost $3.4 million in Ethereum fees per day. These two DeFis are responsible for 25-30 percent of all Ethereum fees.

For instance, Uniswap users were charged with a $100 fee per operation when the Ethereum (ETH) price rocketed over $1,000 for the first time since 2018.