Facebook Twitter Telegram Copy URL
XRPL Monitor has reported that the trading giant Binance has transferred 61 mln XRP, received a substantial amount from OKEx and sent a lump to Ripple 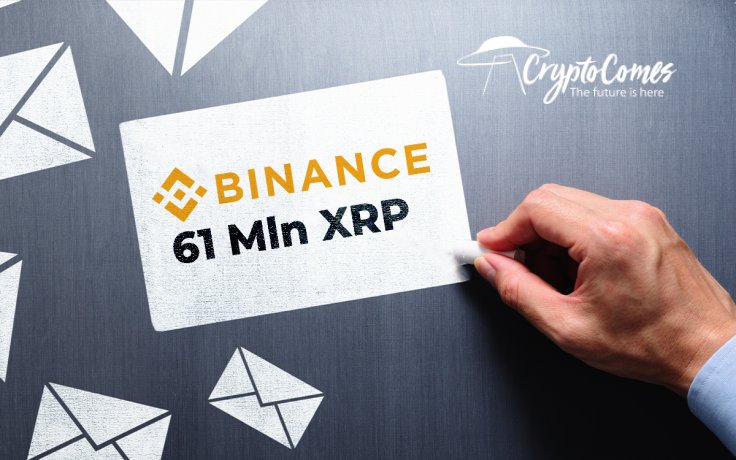 On Twitter, XRPL Monitor shared that the top-tier exchange Binance has transferred 61 mln XRP over the last 24 hours, receiving XRP from other exchanges and sending a large portion of XRP to Ripple.

The major Twitter bot that tracks large XRP transactions has detected several gargantuan amounts of XRP transferred, and these transactions have mainly to do with Binance.

Binance shifted 14,029,998 XRP to Ripple, or $3,410,185. CryptoComes previously covered large lumps of XRP wired by Binance to Ripple several times, and those transfers have so far been unexplained. 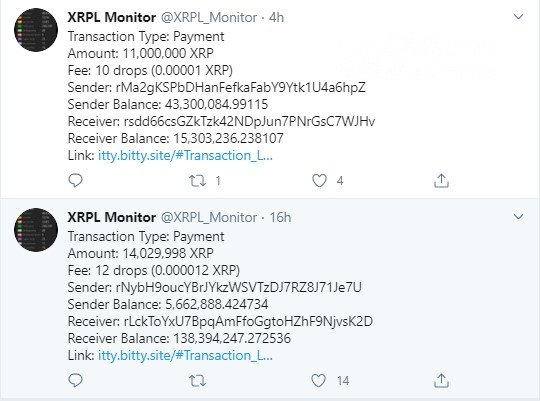 Image via Twitter
👉 MUST READ Ripple Shifts 20 Mln XRP from Its Extra Escrow Wallet, Wiring Half to EU ODL Corridor 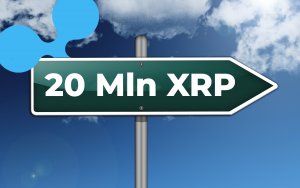 Earlier this week, Binance published a post about adding XRP and four other digital assets—including TRX, ETC and LTC—to its asset conversion function.

This function used on Binance Futures enables traders to convert the coins they hold in the coin-margined futures wallet.

This way they will not have to withdraw coins from the wallet first, convert one coin to another and then put them back into the futures wallet.