Facebook Twitter Telegram Copy URL
The native asset of Algorand (ALGO) decentralized computational platform demonstrated double-digit spike today. What are the causes and how long will this upmove last? 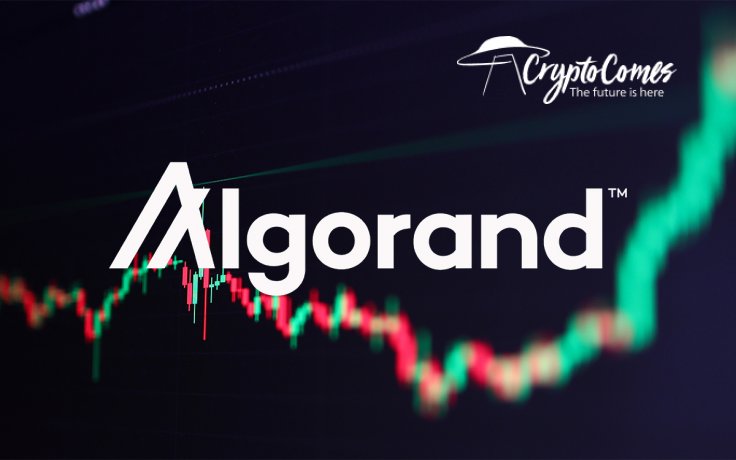 Algorand (ALGO) is a native asset of the Algorand blockchain platform. In the last few hours it has been among the top gainers on major spot exchanges, showcasing an enormous 46 percent growth.

Yesterday, July 16, 2020, the Coinbase team announced the upcoming listing of Algorand (ALGO). According to the exchange's official statement, since August 2019, ALGO was available on Coinbase Pro, the special branch of Coinbase designed for sophisticated traders. 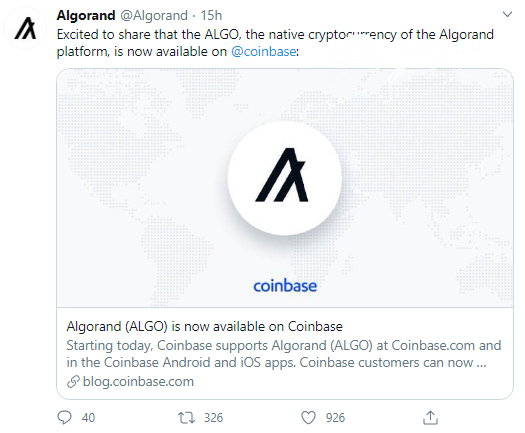 Now, deposits/withdrawals, transfers and conversions of ALGO tokens are available on the Coinbase platform and within its native iOS and Android apps. Also, Coinbase Pro will add GBP and EUR support for ALGO trading on July 21, 2020.

This announcement immediately sent the Algorand (ALGO) price through the roof. According to statistics from the Coingecko analytical team, Algorand (ALGO) skyrocketed from $0.27 to $0.36 in less than 12 hours. 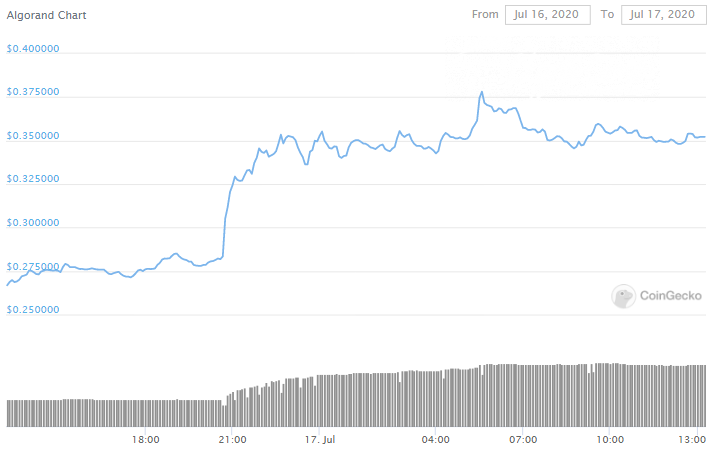 This type of price behavior is not surprising at all. The majority of assets have gone through rapid double-digit pumps after Coinbase announcements about their listings. For instance, OMG Network token (OMG) recently surged 33% in six hours alone.

How long will this rally last?

However, "Coinbase pumps" rarely last for long. According to a recent report by the CoinMetrics team, Coinbase pumps are usually mitigated within a 20-day period. Also, they stimulate significant price increases only in bullish times.

The idea of adding numerous altcoins to the Coinbase trading engine was severely slammed by Bitcoin (BTC) maximalist and Russia Today host Max Keiser. He insists that by acting in this manner, Coinbase has proven it should be regulated like a casino.

Algorand (ALGO) is a decentralized proof-of-stake protocol that allows scaling and third-party product building. It also has open participation, so anyone can build his/her product on top of Algorand (ALGO).

A tiny fraction of the U.S. Dollar Tether (USDT) supply is issued on the Algorand (ALGO) blockchain.