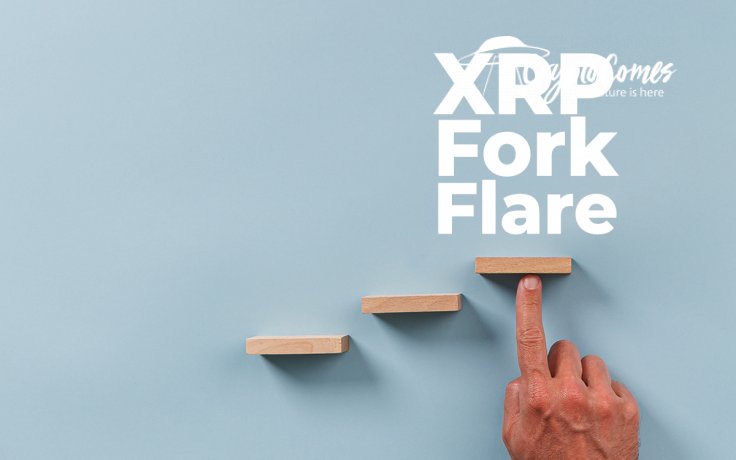 Flare, the "utility fork" tasked with empowering XRP Ledger instruments with smart contract features, has announced another partnership. Flare's airdrop of Spark tokens will be supported by Nexo cryptocurrencies exchange.

According to the official announcement by Flare Networks, all XRP holders who use the Nexo platform as custody for their tokens are eligible for seamless claiming of Spark tokens. Further, the details of the collaboration and a manual for claiming will be disclosed in the coming weeks.

Nexo is an EU-regulated cryptocurrencies ecosystem that pioneered lending and borrowing services in crypto. It has been active since 2018. Nexo also supports crypto-to-fiat cards and issues its own native ERC-20 asset NEXO token.

It means that more and more XRP holders are provided with the opportunity to request Spark tokens "in a click" with no need to customize the settings of their XRP Ledger accounts.

By contrast, the users of noncustodial XRP storage instruments should add a specific message prior to the airdrop "snapshot" to claim Spark tokens.

Wietse Wind: "Hooks" for XRP Ledger will be tested soon

However, some types of smart contracts may be deployed to XRP Ledger network even before Flare Fork activation. Wietse Wind, lead developer of XRPL Labs, unveiled that the closed alpha mainnet launch of the Hooks amendment for XRPL may come in a few weeks.

The Hooks amendment includes the addition of "hooks" to XRP transactions. "Hooks" are portions of code that require the XRP Ledger account to act in a certain way. In general, hooks can achieve for XRPL something similar to what smart contracts made possible for Ethereum and Tron.

Mr. Wind shared this amazing news within the framework of a heated debate about the possibilities of a stablecoin launch for XRPL transactions. Tiffany Hayden, the legend of the XRP Army, claimed that the U.S. Dollar Tether (USDT) stablecoin could be launched on XRPL.